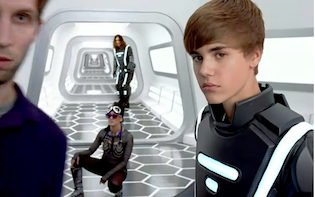 You don’t see total betrayals like this every day. But if the facts that TechForward are alleging in their lawsuit (embedded below) against Best Buy are true, this is some truly sleazy stuff.

Last year, says the lawsuit, Best Buy and TechForward engaged in a trial program of TechForward’s Guaranteed Buyback Plan in a number of Best Buy Stores. Customers choose to purchase the plan at the time they’re buying a gadget, like those extended service warranties. If they get the plan, they have the option of selling the gadget back to Best Buy for store credit on a sliding scale. The longer they keep the gadget, the less they get back. For people who upgrade often, it may be an excellent choice and certainly saves the hassle of selling something on Craigslist or eBay.

TechForward says that the way they do the buybacks is important – price, exercise rates, etc. BestBuy allegedly held out the promise of a partnership and got TechForward to give them highly proprietary data under a confidentiality agreement.

And then the best part. Just six weeks after the disclosure of information, Best Buy ended discussioins and:

Best Buy announced to the world that it was implementing its own buyback program — called the Buy Back Plan (“BBP”) — which is virtually identical to TechForward’s Guaranteed Buyback Plan in its program structure, marketing materials and terms and conditions. To make matters worse, the Best Buy executives who supposedly “developed” this buyback program are the exact same executives who worked with TechForward on the pilot Guaranteed Buyback Plan program for Best Buy and who received TechForward’s highly confidential information.

Not only did Best Buy launch a buyback program using TechForward’s propriety data, it did so in a big way. For the first time in its history, Best Buy bought advertising during the Super Bowl, which aired on February 6, 2011. The Super Bowl advertisement, which featured Ozzy Osbourne and Justin Bieber, was devoted entirely to the BBP.

The lawsuit claims breach of contract and misappropriation of trade secrets. Here’s the Super Bowl commercial with Ozzy Osborne and Justin Bieber: