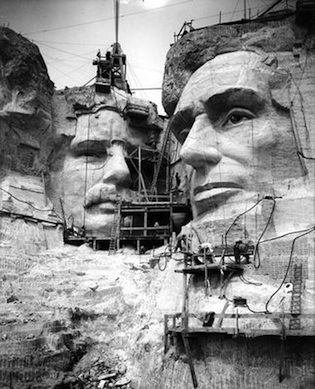 There’s something about the time we’re in right now that reminds me of the brief period before FriendFeed went realtime. Bret Taylor and Paul Buchheit were experimenting with realtime updates, a conversational format where comments paged in as they occurred. Seemed like a minor feature request at the time, before Google Wave and certainly no comparable Twitter functionality. And as much as some of us clamored for it as a Track replacement, most users could care less.

In fact, most of the discussion about realtime was about how to keep up with, or pause, the stream. FriendFeed took a radical approach, adding new comments and their parent thread at the top of the interface. Last in, first out. In so doing, the tyranny of the chatty commandeered the Twitter posts that also appeared in pseudo realtime. Partly a chat session, partly a news feed, the swarming characteristics of the social crowd were exhilarating, sometimes nasty, and destined for attack by economic blockade.

Twitter provided most of the utility, and then most of the failwhaling. Whether technical or just business, the firehose was rendered unreliable by a series of outages and turf gamesmanship. Luckily for Twitter, Facebook was either too busy or too focused to compete directly for a realtime experience, and aggregator strategies such as FriendFeed couldn’t reduce Twitter dominance by merging multiple streams. FriendFeed didn’t want a direct confrontation with Twitter, and Facebook wanted the co-founders. End phase 1 realtime.

In the aftermath of FriendFeed realtime, Twitter has finally pulled even with most of the capabilities if not the UI of phase 1. The center of the platform is the iPad client, or will be once Dick Costolo has his druthers. The iPhone is similar in features, but pales next to the larger device’s ability to go right from update to post. The website still has its moments, particularly when Google Track alerts send you to the web client rather than the iOS app. To more or less the same effect, you can navigate to citations from direct messages, @mentions, and @replies from all three.

My favorite UI is the iPad app and its sliding columns. Click on an item to retweet, reply or email (I don’t use favorite), and then walk the neighboring tree of someone’s posts or @mentions by clicking on their picture and the appropriate stream below. It can get a little ungainly as column after column slides in and replaces the preceding one, but you can swipe them to the right to backtrack. But the rewards for this slightly goofy UI are that you can catch up on folks you don’t see frequently in the stream, or bounce from person to person in a kind of cloud-hopping scenario.

You might think Facebook updates were a big loss in the Twitter scenario, but I find the one-way nature of the Facebook stream (in from Twitter but not back) blurs the possible value I’m missing. Occasionally I’ll venture over to see what I’m missing and find that bucolic Facebook conversation among friends and acquaintances. Not a waste of time, but nothing I can’t catch up with in a few minutes once every few days. Recently the Twitter to Facebook push seems to have slowed to a crawl, or perhaps it’s being more selective than the Likes, posts, and comments I push from FriendFeed. If someone comments on one of those reposts, I get email notification.

Now that Chatter @mentions and Likes are online, I’m getting email alerts. I’m subscribed to the New York Times, Wall Street Journal, and Washington Post breaking news emails as well. I get email from Plancast, Twitter follows, News.Me daily updates, and so on. Here’s where it starts to get interesting. The Times pushes notifications to iPad and iPhone. CNN pushes breaking news to the iPad. Facebook pushes pictures, Foursquare check ins, and a new firehose from Twitter: @mentions and direct messages.

The only way I can quantify this is as phase 2 realtime. Right now it’s a hodgepodge of interfaces: Safari Web, iPad or iPhone but all push notification. It’s that little feature that tips us over into the next world, just as realtime pushed FriendFeed to a complete revamping of its experience and eventually existence. When a push appears, you have two choices on the iPad — Close or View. It’s a modal window, meaning you have to click on one or the other to either swap windows or get back to what you were doing before the interruption.

If multitasking were uniformly enabled, that would largely be a no-brainer. If I could jump to the incoming alert and return seamlessly to where I was in the prior application, I’d choose View 90% of the time assuming I cared about the alert. But different apps handle things differently. The New York Times app is pretty good; it saves the index page I’m on and for the most part the actual story. The Wall Street Journal app is abysmal; no matter where you are in any of the seven days of archived issues it holds, it reloads the current issue’s home screen when you return.

Twitter is in some ways the best of both worlds, offering a separate browser instance within the app from which to escape the tyranny of the iPad’s Safari instance. It will save the page you were last on in Safari, but forces clicking on the index icon to navigate between the 9 pages in its landing screen. Twitter lets you view a citation within the column interface, or click to widen to full screen, or push the page directly into Safari. Not the true multitasking panacea of Android, but not the battery crisis either.

Email has its own semi-universe in this pseudo-tasking environment. Exchange (or Active Sync) vibrates but doesn’t push work email to the alert window; appointments make a chime sound and let you click to bring up conference call numbers and codes. Gmail vibrates after synching recent messages, triggered once Exchange has notified. That’s largely a good thing, since Gmail is where all my email notifications go and would kill the battery not to mention what’s left of my sanity. But because of the poor state handling of iPad apps, I have to choose between losing my place or waiting to find out what’s new.

As a result, push notifications are the new prime time, water-front property, Boardwalk and Park Place of phase 2 realtime. The domino effect of this alert mechanism will transform the iPad and therefore the downlevel iPhone and Web clients in turn. Soon we will be able to write filters directly to that middle layer buffer where state is stored, with business rules that let some things through to compliant apps and push data from weaker clients to second class citizenship. This in turn will provide powerful incentives to clean up wayward apps, as iPad economics propel such power features for an additional price or more targeted information about user interests.

At the time of phase 1, much was made of FriendFeed’s failure to achieve a broad-based popularity. Certainly the service plateaued and then collapsed once the buyout occurred. But the lessons learned were quickly absorbed into Twitter, and to a lesser extent Facebook and Google Buzz. Most significantly, Likes and @mentions have now largely recreated the underlying realtime Track structures that are now being harvested in Chatter. From phase 1 to acquisition took a very short time, a matter of months.

No doubt Apple is paying attention to phase 2 in a similar way. With signs increasingly pointing to new hardware in the next month or two, the iOS advances could be as or more significant than size, camera, etc. Integrating video chat with state-saving features and the social stream could spell doom for an Office already under pressure from being shut out of the iPad and maybe the Mac as it goes iOS. And killing the laptop market will put a rather significant dent in Windows sales too. With friends like HP running WebOS apps, Steve Ballmer can be forgiven for wondering who needs enemies.