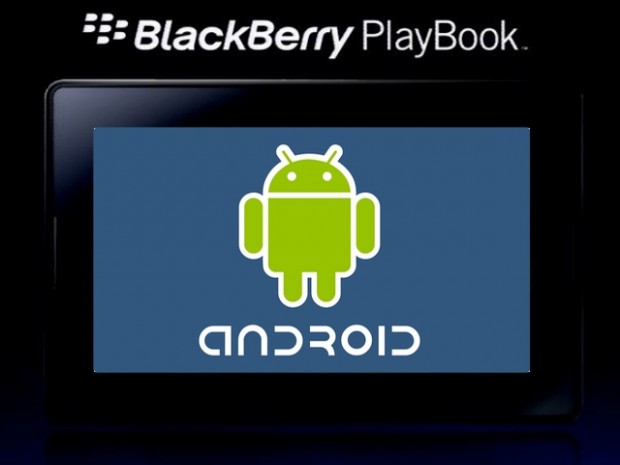 If you haven’t heard of the PlayBook yet, it’s basically another tablet coming out this year. The main difference is that it doesn’t run Android or iOS, instead it runs RIM’s BlackBerry Tablet OS. The downside to the operating system is that there’s only 4,000 apps out and not much of a developer base. Not wanting to suffer sales for lack of apps, RIM is trying to get Android apps to run on the PlayBook.

Sources close to the matter, who chose to remain anonymous, said the technology is to be integrated into the PlayBook’s operating system, allowing Android apps to run natively. RIM says customers will buy the PlayBook over iPad since the tablet has the same security and messaging capabilities of BlackBerry smartphones, and that the ability to run Android apps will be the icing on the cake. As long as it can run Angry Birds, count me in.