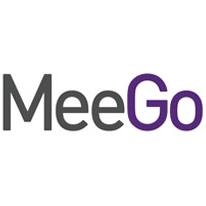 MeeGo was a Nokia/Intel joint venture aimed at producing an acceptably good Linux-based mobile platform for devices. Now that Nokia is going WinPho, however, it looks like MeeGo will soon get short shrift. But, if Intel has anything to say about it, things will remain on course as previously ordained.

In a short note, Intel informs the world that they’ll be sticking by the platform, thankyouverymuch, and nothing will change.

While we are disappointed with Nokia’s decision, Intel is not blinking on MeeGo. We remain committed and welcome Nokia’s continued contribution to MeeGo open source.

Our strategy has always been to provide choice when it comes to operating systems, a strategy that includes Windows, Android, and MeeGo. This is not changing.

MeeGo is not just a phone OS, it supports multiple devices. And we’re seeing momentum across multiple segments – automotive systems, netbooks, tablets, set-top boxes and our Intel silicon will be in a phone that ships this year.

Could MeeGo be Intel’s WebOS? This would assume that the company is looking into making its own hardware that would support MeeGo because there are few folks I’ve heard championing the platform. However, if you could stick it on a camera or a printer, it could be a good solution for those not wanting to go the way of embedded Android. Regardless, Intel is pretty adamant about it.