Today, Kleiner Perkins partners Mary Meeker (the former Internet analyst-turned-venture-capitalist) and Matt Murphy are giving a presentation at Google’s thinkmobile conference for its biggest 200 advertisers. The complete slideshow is above, and it goes through ten mobile trends Kleiner is following and investing in. Meeker’s slideshows are always insightful, and she’s been focusing on mobile the past few years.

But in particular the first three slides are real eye-openers. The first one shows the acceleration of mobile device adoption from the iPod to the iPad. In the first three quarters after the introduction of the iPod, 236,000 units were shipped. When the iPhone came out, it hit 3.7 million units shipped in its third quarter, but then the iPad blew both of its predecessors out of the water with 14.8 million devices shipped. 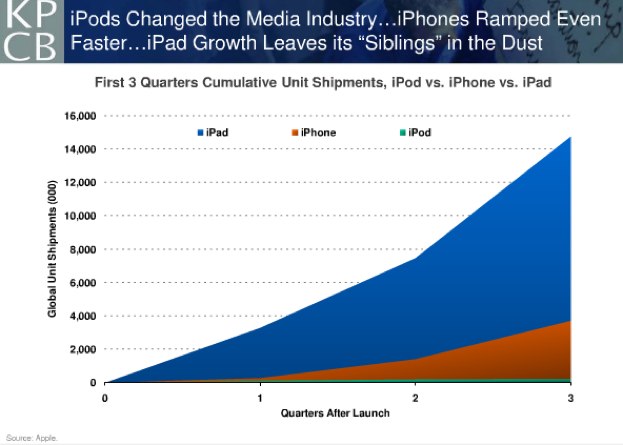 This second slide shows why iTunes needs to be renamed to simply the App Store. There have been 10 billion apps downloaded from iTunes versus only about 624 million songs. ‘Nuff said. 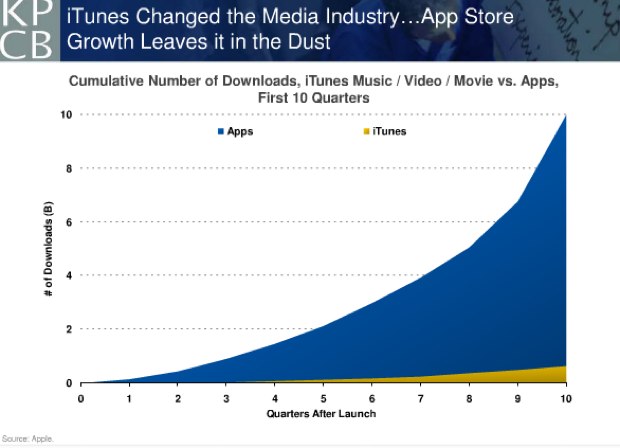 Finally, Android is no slouch either. More than 70 million Android phones have been shipped so far, with Android now outpacing iPhone shipments. And in the fourth quarter, overall shipments of smartphones and tablets surpassed PC shipments for the first time. Global mobile data traffic is projected to grow 26 times over the next five years. Welcome to the new era. 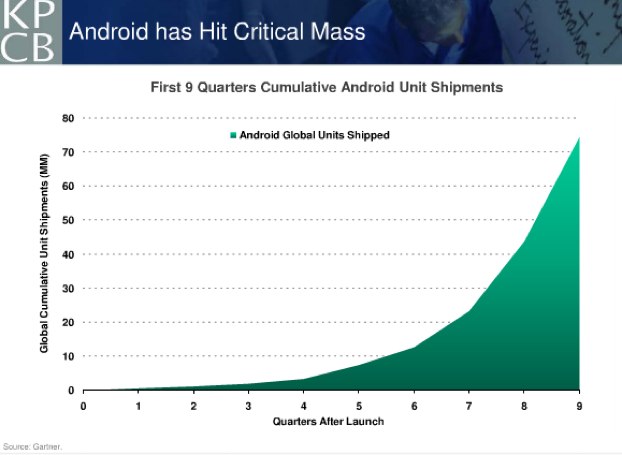