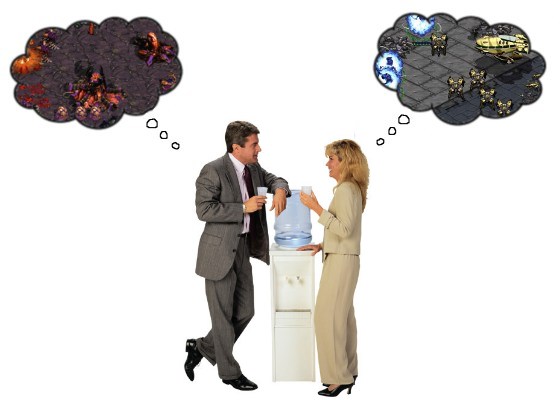 Ubisoft’s Jade Raymond, who you are probably familiar with because she’s the good-looking one from the Assassin’s Creed team, makes some interesting points in this interview over at Gamasutra. As gaming moves more into the mainstream, there’s a tension building regarding the social component — that is to say, millions of people are playing games, but do we talk about them at work? Do we consider them a shared experience with our friends? Raymond hopes that “game life” will merge with “real life” and games will no longer be a parallel world, participated in but not discussed.

Think about Inception. It was a great movie, but not only that, it was something that you and many of your friends participated in together — not just in going to see it, but in how, like other good movies, it actually reached outside the theater to be a part of your day-to-day life. “You see Inception yet?” was the phrase of the season, yet despite the popularity of major game franchises, you didn’t hear your workmates asking “You play Black Ops yet?” 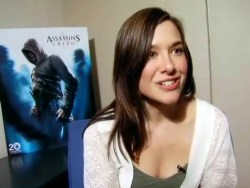 Sure, you hear it from some, but Raymond hopes that games will move past this stage where gaming is something you only share with other gamers. In a way, I feel we’re already past that with games like Zelda and Mario, which are more or less common currency with my generation. Will games like Bioshock and Assassin’s Creed break that wall too?

I suspect that won’t happen for a while; there are precious few games that can really be enjoyed by both you and the guys in marketing, and the secretary, and so on. Conversely, cinema and books have already done their time, and now something like Inception can legitimately be enjoyed by everyone and made a part of our lives. I share Raymond’s hopes, but I’d say there are still quite a few years left before the office chatter is about Dead Space 2.