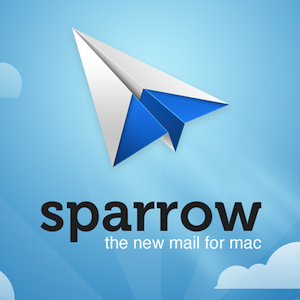 Back in October of last year, we wrote about Sparrow, a beautiful new mail client for the Mac. But whereas most mail clients are now web-based, Sparrow decided it was time to focus on making a great native email experience once again. And today that gamble appears to be paying off. Sparrow 1.0 has just launched in the Mac App Store and it has immediately shot to the number one paid app in many countries around the world, including the U.S.

And that feat says a lot for Sparrow, considering the app is $9.99. But it’s absolutely worth it. As we wrote in our initial review, Sparrow is a Gmail-centric client that brings a Tweetie for Mac (now Twitter for Mac) look and feel to email. At the time, it was still in beta, and we noted that there were some performance issues. But most of those have now been smoothed out and a whole range of new features have been added, including full support for Gmail labels.

And you might also notice that they’ve dropped the “for Gmail” line from their logo. That’s because while the product remains Gmail-only for now, version 1.1 (due soon) will offer IMAP support for the other major mail services as well. So it will be able to be a full-featured mail client.

And there’s more good news for Sparrow today — they’ve raised funding. The service has raised a seed round of funding from Kima Ventures, the French venture capital firm that has backed Paper.li, Rapportive, and others. Sparrow co-founder Dom Leca declined to disclose the amount of the raise, but is very excited about the possibilities the money will allow for.

He should also be excited about the possibilities that the money they pull in from the Mac App Store should allow for. While there have already been some Mac App Store successes (Evernote jumps to mind), if a small indie app maker selling a $10 mail client can be a breakout hit, it will give a lot of other developers hope for the potential of the store.

You can find Sparrow in the Mac App Store here. 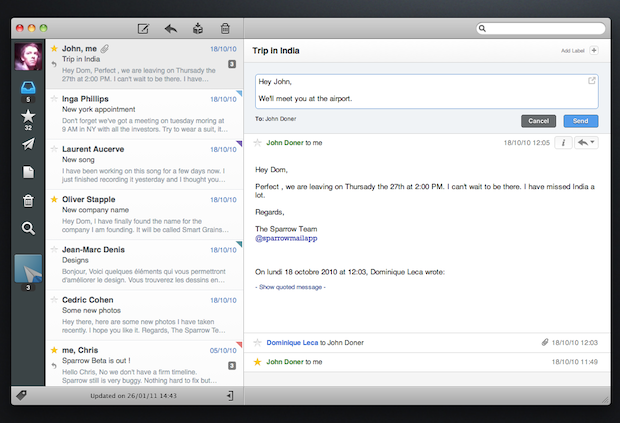 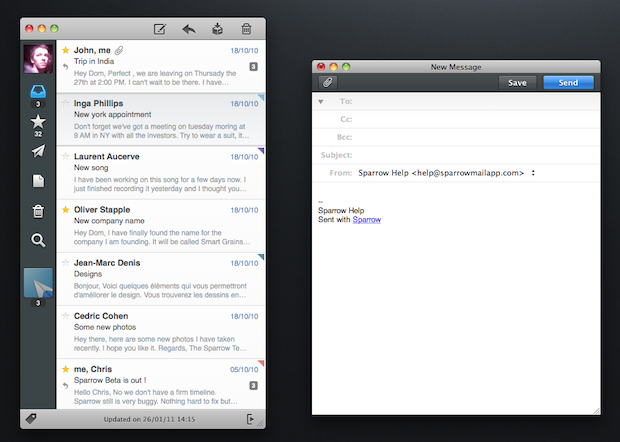