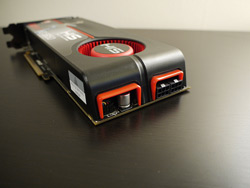 Adobe released version 10.2 of its Flash Player yesterday, but this bit of news may have flown under the radar. It seems that Adobe worked with AMD in order to bring hardware acceleration to Flash video—provided you’re using recent AMD hardware, of course. What could be better than hardware accelerated YouTube videos?

AMD hardware going back to its 4000 series (desktop and mobile) will be able to accelerate Flash Player 10.2.

You’d probably expect something as powerful as the 5000 or 6000 series to be able to accelerate Flash, but the fact that AMD’s “lesser” hardware, including its APUs, can now accelerate Flash, yeah, sorta neat.

Having said all that, I’d still like to know why playing Flash video on my old MacBook causes my CPU to spike way up to 100 percent use. It makes playing Flash slightly inconvenient.