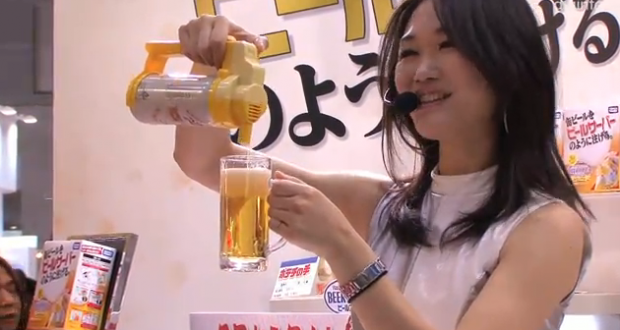 Do you remember the so-called Beer Hour, a gadget that makes it easier to pour beer from cans into glasses and which we covered two weeks ago? Our friends over at DiginfoNews in Tokyo have gone out and made a video (in English) that shows the device in action.

To recap, the device is essentially a holder that’s suitable for beer cans holding 350ml and 500ml. In the video embedded below, a representative from maker Takara Tomy explains that the Beer Hour stirs the beer to form bubbles (instead of using carbon dioxide) before the user pours it into a glass.

Takara Tomy will start selling the Beer Hour (in yellow and black) on May 19 for $25. If you want to get the Japan-only gadget, ask specialized online store Rinkya to ship one to you.