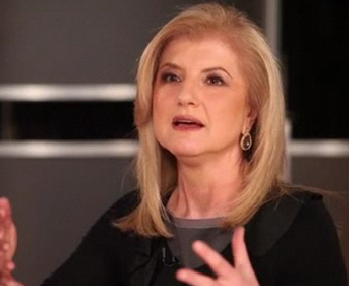 You know who won the Super Bowl? Arianna Huffington.  This afternoon our parent company Aol bought Huffington Post for $315 million according to a press release. Gah.

The Huffington Post, with its 26 million monthly unique visitors is huge, one of the most prominent media properties on the Internet because of its aggressive SEO stance. And the company has gone through the acquisition motions before, most notably Yahoo. Apparently this time it stuck.

In this video, Armstrong and Huffington recall the acquisition process: The two met in November and Huffington was impressed with the “surprising merger” of their vision. And no doubt the sizable amount of the Aol offer, which at $315 million is just under 5x Huffington Post’s expected revenue for next year.  The talks took three months. “This is my last act,” Huffington said.

Back in June we pegged a possible Aol and Yahoo deal at around $360 million, Aol paid $45 million less than that at $315 million this time.

To all of you making HuffingtonCrunch and Crunchington Post jokes, Huffington’s official title will be Editor In Chief in charge of all Aol properties, including Engadget, Urlesque and yes us. Welcome to the family, Arianna.

You can read more about how we feel about this acquisition here and here.

This news was first reported by Kara Swisher at AllThingsD.