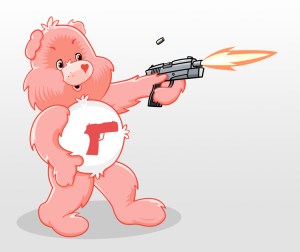 Thanks to social media – Twitter, Facebook, YouTube, Instabloodygram – global sharing is at its highest level since records began. If there really were a direct correlation between sharing and caring, even the Care Bears would be lying comatose in the streets, choking on the saccharine benevolence of modern humanity.

And yet, step outside your front door: did anyone hug you? No. Q.E.D.

Which is not to say the recent addition of an “over-sharing needs” bar to Maslow’s pyramid is without benefit to society. To police officers, for example, the irresistible urge felt by dumb criminals to boast of their crimes using social media is the gift that keeps on giving.

The most recent example is Anthony Carleo, the alleged perpetrator of the $1.5 million theft of gaming chips from the Bellagio in Las Vegas. According to the Las Vegas Sun, not satisfied with pulling off a successful heist, Carleo decided to share details of his accomplishment with members of the TwoPlusTwo.com poker strategy forum. Using the handle “Oceanspray25” and signing himself the ‘Biker Bandit”, Carleo allegedly offered to sell member Matthew Brooks the chips for cents on the dollar. Brooks contacted the authorities who promptly raided Carleo’s hotel room at…. the Bellagio. Yeah, Carleo was staying at the casino he’s accused of robbing. Brilliant.

Regular readers will remember that it was similar cyber-hubris that lead to the arrest of Bradley Manning for allegedly leaking military secrets to Wikileaks. Manning suffers from depression and found comfort sharing his problems and guilt with hacker Adrian Lamo on IRC. Next stop: Quantico.

Or how about Robert Powell, who posted condolences on the MySpace page of his friend Joseph Duprey, moments after the latter was brutally murdered. Literally moments after. Powell was quickly arrested and convicted for the murder.

And those are just the banner examples. There are hundreds more cases where cocky criminals have broadcast their misdeeds on YouTube, foolish fugitives have revealed their location on Facebook and moronic malefactors have brazenly taunted authorities online. Not to mention the thousands of witless workers who call in sick, only to boast of the fact on Twitter or Facebook.

Admittedly there’s more to the alleged cases of Carleo and Manning than pathological over-sharing. For both men there’s also evidence that they actively wanted to be caught. But for Powell and many other younger criminals, the compulsion to share is apparently combined with a mistaken belief that what happens online somehow stays online. That admitting to a crime on a social network has no more consequences than shooting someone on Mafia Wars.

It’s curious, really. It would be reasonable to expect that, as technology becomes more ingrained in our real lives, we’d all become more alert to its real-world consequences. In fact the opposite seems to be the case: in a world where everything is virtual, an increasing number of us seem to believe that consequences too are virtual.

That misapprehension is welcome news to tech-savvy cops and bosses, but something that Messrs. Powell, Carleo, Manning et al might find time to ruminate on, from the comfort of their prison cells.