PPLive, a Chinese online video company, has raised a monster Series D round from SoftBank, securing as much as $250 million.

With the investment, SoftBank has taken a 35% stake in PPLive, which offers China’s leading online streaming and VOD service PPTV.

As PPLive CEO Vincent Tao is keen to point out in a press statement, the round is larger than what rival Youku (often dubbed China’s YouTube) raised in its IPO ($203 million).

PPLive says PPTV now boasts 200 million registered users and 105 million active monthly users (as of December 2010). Its website produces programming for more than 120 TV stations supported by a mix of advertising and pay-per-view. The average viewing time per person per day is said to have reached over 2 hours and 30 minutes.

It’s also a super colorful website, to say the least. 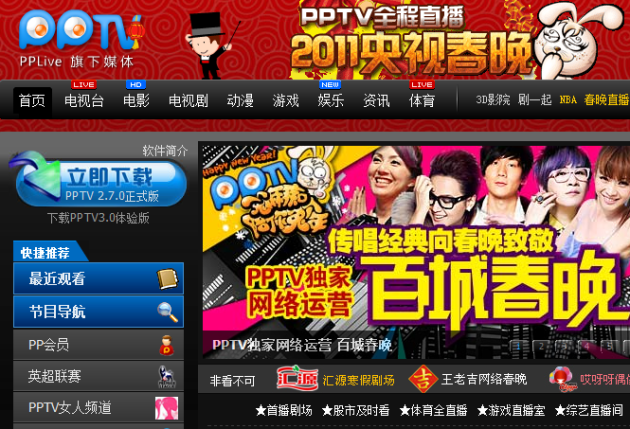