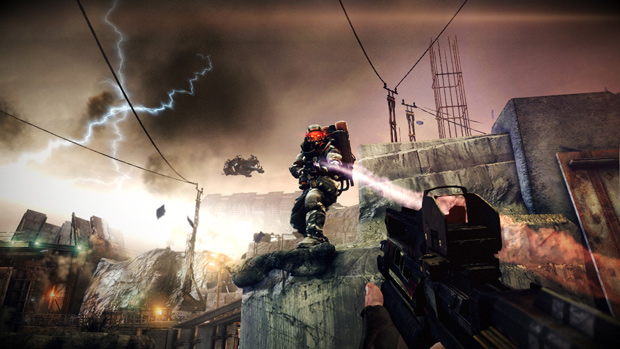 My kingdom for a mouse and keyboard! Sony’s Killzone 3, which I’ve secretly been playing (less multi-player) for the past few weeks, ranks right up there with Halo: Reach as the best example of a console shooter you’re likely to find. People with no time for “console shooters”—rails, scripted sequences, etc.—may as well click away now. And while it’s so very, very painful to play a game in 2011 at lowly 720p—my PC’s vertical resolution is nearly bigger than its horizontal resolution!—and doubly painful to play a shooter without a mouse and keyboard, the fact that I soldiered on speaks for itself. If I, by all accounts an elitist jerk with nothing to do all day but kvetch about everything under the suns, can enjoy the game, then who among us won’t be able to do the same?

I’ll divide this into two parts, likes and dislikes, for easier consumption. Done and done. 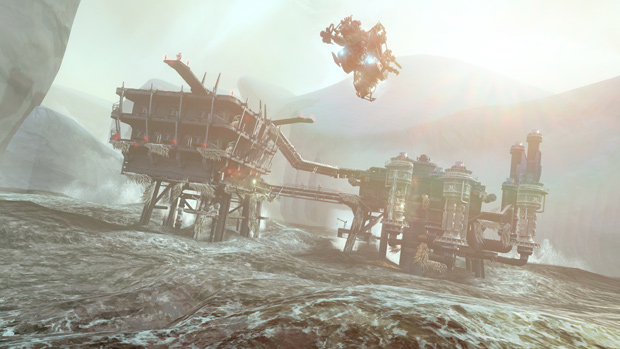 • The game’s graphics are top-notch. Yes, it’s running at 720p, and that’s nothing to flaunt in 2011, but put that aside and appreciate them for what they are while keeping in mind the limitations of the system’s hardware. (To its credit, it does have a built-from-the-ground-up 3D mode, just in case you’re one of the 12 people who bought a 3DTV.) It joins Final Fantasy XIII, Uncharted 2, and God of War III as part of the PS3’s “show these games to your friends right now” Mount Rushmore. Sparks fly every which way, snowflakes flutter and swirl about; shoot an exploding exotic plant-thing and it’ll do its part, hurling green goop skyward. No jaggies. (Don’t go near the PS3 version of Mass Effect 2 if you’re allergic to jaggies. Fine game otherwise.) The environments, the far-away backdrops, don’t resemble overly compressed GIF files as they so often did in Halo: Reach. You feel like you’re there, wherever that “there” might be: a frozen mountainside; a deep, dark jungle with Zangarmarsh-esque flora; inside the sterile headquarters of the hated Helghast—at least I think it was the headquarters. I don’t know, I snuck in and shot up the place. Ain’t got time to bleed.

• I’m partial to anything that tries to be Half-Life 2, and I definitely had the feeling that the Helghast, the game’s primary antagonists, took more than a few design cues from The Combine, who are easily the greatest villains in gaming history. Pick up that can. The Helghastian (?) uniforms look snappy, indeed. (Why are authoritarian regimes usually so well-dressed?) I’m also partial to good, old fashioned invasion literature, and Killzone is nothing if not “they’re different than we are, get ‘em!” 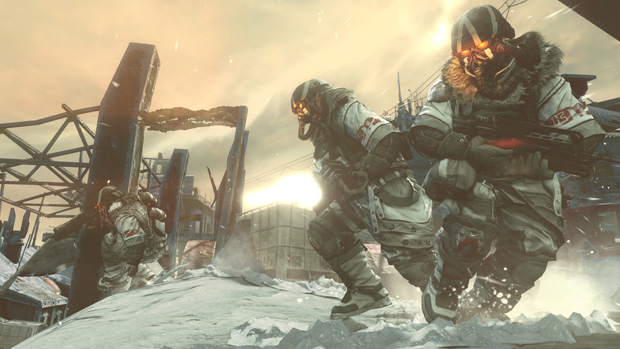 • I’m not a military man—clearly—but do military men genuinely talk like this? Too frequently the game sounds like it was written by children trying to imagine how adults talk to each other, excessively gruff and comically macho. (Halo: Reach similarly suffered.) I get it: you’re all bad-asses, good for you. Your partner for much of the game keeps saying, over and over again, that he’ll take point. Really? Then how come I have to initiate firefight after firefight while he hovers off to the side doing a whole lot of nothing? No buys. (I guess that last one is more of an AI issue than anything else.) 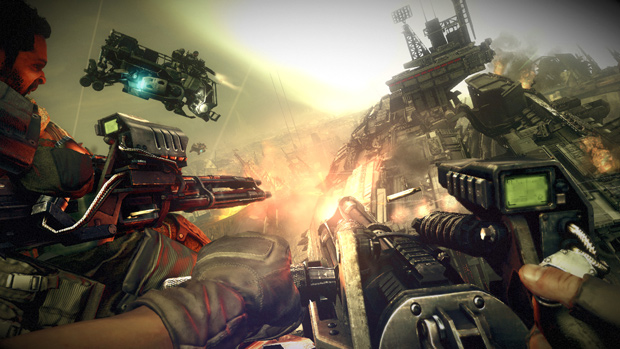 • The vehicle sequences: cue dramatic eye-rolling. There’s a fair number of them, and I always thought they were lame. (I also thought the vehicle sequences were lame in Half-Life 2, so let’s not accuse me of playing favorites here.) I always got the feeling, OK, I’m in the thick of battle here, so let’s whisk me off to some sort of robot-thing or automobile-thing. The point of these is probably to give you a brief respite from the craziness that is Killzone 3, but I felt they were an unnecessary distraction. If I wanted a break I’d turn off the PS3.

Not really a dislike, dut…

• If only the game worked with a standard mouse and keyboard. It doesn’t; I tried; I have no mouth and I must scream. Tricky, deceitful USB ports! There’s really no point in trying to “aim” with the DualShock 3 because as long as you’re in the same area code the auto-aim will take care of everything. Consequently there’s next to no satisfaction from getting a headshot: as long as you’re not blind practically every trigger pull results in a headshot. That’s the nature of the beast with console shooters, but it’s such a let-down. Why not ask Sebastian Vettel to drive an automatic transmission car while we’re at it? You get used to it, playing the game with a controller, but I’m sure you could get used to a diet of nothing but pointy scorpions if you had to. 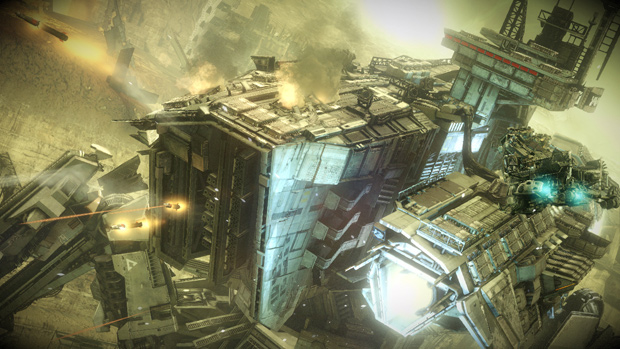 As mentioned earlier, if you’ve no time for console shooters Killzone 3 probably isn’t going to do anything for you. It’s a far cry from something like the Stalker series, and there’s very much a “go from A to B, shoot some baddies along the way” feel to it. But just because the biggest console shooter today is essentially rubbish doesn’t mean that the entire genre is bankrupt. It’s an acquired taste, sure, but Killzone 3 should satisfy.

Or you could just play Angry Birds all day. Fun is fun, right?