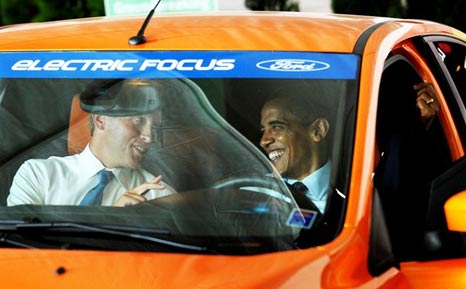 There’s a lot of buzz out there surrounding EVs; why shouldn’t there be? So far, the mass marketed EVs: the Volt and the Leaf, with the Focus Electric and Tesla Model S on the way, are pretty exciting. The offerings seem to be pretty solid, but as of right now, the cars aren’t selling in huge numbers. Adding to the gloomy forecast, a panel of experts thinks EVs are over-hyped and Obama’s plan to sell 1 million EVs by 2015 might be impossible.

While we hope to make it to a million in the next few years, the panel concluded that it may be difficult unless major changes occur. John D. Graham, Dean of the School of Public and Environmental Affairs at Indiana University, said that, “President Obama’s dream is appealing and it may be achievable, but there are big barriers to overcome before the mass commercialization of electric vehicles will occur.” So what barriers is he talking about? 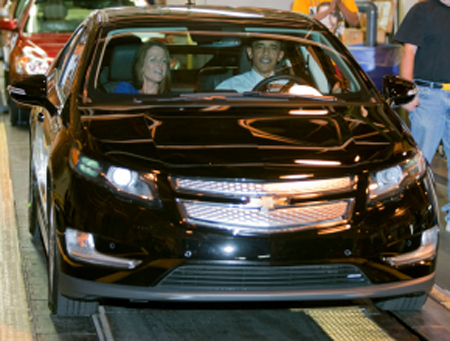 Not to be party poopers, the panel suggests that the government needs to fund the roll out more aggressively and spend more on research. It’s quite an infrastructure change and there needs to be an “unusual degree of cooperation between industry and government, and a clear focus on the needs and concerns of consumers,” said Gurminder Bedi, a Ford executive involved with the panel. The panel does say that one of the greatest challenges for consumers is price. Not only are EVs overpriced, but requiring a $2,000 home charger will turn people away.

New EV incentives are being planned that will allow for customers to get an instant $7,500 tax credit at purchase, something they have to claim during tax season now. It’s a difficult balance. Lobby for government incentives too hard and the people will get mad at the whole EV program. Don’t push hard enough and companies risk missing out on a business opportunity.

Personally, my thoughts are this: it’s only 2011, a lot can happen in the next 4 years. What’s the motive behind this panel? Let’s not pack up and go home yet. The Focus Electric and the Model S aren’t even out yet. What do you think? You can read the entire study here.