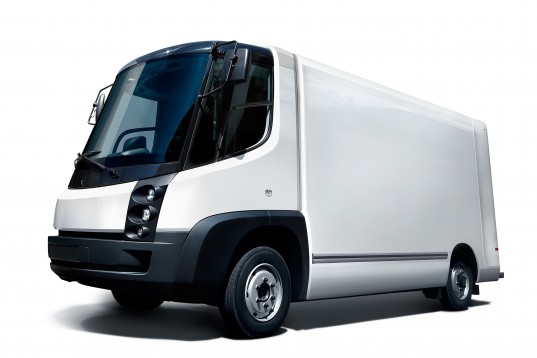 There’s another electric van on the market, though a much bigger one. It’s called the eStar EV and it’s made by Navistar, the same company that makes those huge International trucks. The van hits that industry standard 100 mile range, but it can do it while carrying 4,000 lbs.

The thing about commercial vans is that they’re big; so housing large battery packs isn’t really an issue. The eStar has been designed from the ground up to be an electric vehicle, giving it an advantage over gasoline converts. Don’t expect to take this on the highway though, it can only go 50 mph, so you may end up seeing these 102 hp green machines only in cities. The 80 kWh lithium ion battery charges in 8 hours over 220v. Pretty neat stuff considering the designer clearly spent too much time watching Blade Runner.