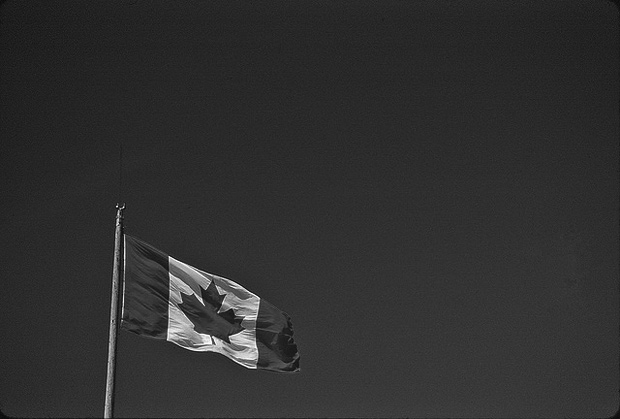 O, Canada, what have you done? The country’s Radio-television and Telecommunications Commission, the CRTC, has passed sweeping new regulations that will force Internet Service Providers to switch to so-called usage-based billing—metered pricing, in less flowery language. That means ISPs there will charge customers by the gigabyte for Internet access, and that’s on top of a flat service fee. There’s nothing particularly new about metered pricing, but the fact that it’s being implemented on a country-wide basis surely merits a quick discussion.

It should be obvious that the only “winners” here are the ISPs (and even then, only the big ISPs who have established, old methods of content delivery to protect) who now stand to make a cool mint as a result of the new fees. Data caps have been drastically lowered—one small, independent ISP was forced to slash its cap from 200GB per month to 25GB per month—and the CRTC has set overage rates at CAD$1.90 per gigabyte over the cap. (Heaven forbid you live in the French-speaking region of the country, as you’ll be expected to cough up CAD$2.35 per gigabyte.) All that means is that you’re free to browse the Internet to the tune of 25GB per month, but the second you break through that barrier you’ll have to pay through the nose. Not fun.

The move couldn’t possibly come at a worse time for companies like Netlix and Apple, or for the everyday people who rely on them.

Services like Netflix’s video streaming chew through bandwidth like chlorofluorocarbons through the ozone layer, or like fire through Fernando Torres shirts. The average Netflix film will use around 1GB of data—and that number will only increase as Netflix improves the quality of its streams. It’s not impossible to imagine a scenario in which a casual movie viewer can quickly brush up against the aforementioned 25GB bandwidth limit.

And that’s just for Netflix, mind. What if you’re a modern Netizen who uses services like Rdio, watches funny YouTube videos, or catches up on the latest Portlandia or SNL skit? What if you use the Internet to download video games from Steam? Napoleon: Total War is something like a 20GB download in and of itself—and that’s without the fantastic Peninsular Campaign add-on!

This simply isn’t a case where “tech geeks” will be the only people negatively affected by the CTRC’s decision. You, your neighbor, and your neighbor’s neighbor are all in the same boat. And it is sinking, fast.

People have already started doing the math. It will actually be cheaper to physically ship a hard drive’s worth of data than it will be to download that same amount of data under the new usage-based billing regime. Already at your monthly bandwidth allocation but want to download the EA’s Dead Space 2 from Steam? Well, the game clocks in at 10GB, meaning that you’re looking at CAD$19 to download it, plus the price of the game itself—around $60. That’s nearly CDN$80 to download a game whose disc-based collector’s edition retails for $80 online. It’s bonkers.

How are you supposed to survive in that environment if you’re someone like Valve (the company behind Steam) or Netflix?

Or maybe that’s the whole point? The big ISPs that stand to make money hand-over-fist as a result of usage-based-billing also have their hands in plain ol’ TV distribution. A sort of: “Hate that you have to pay X-Amount per month just to watch all those Netflix films? No worries, our on-demand system has you covered!”

Either way the big ISP, and its parent company, make out just fine.

And, like always, the consumer is worse for wear. Typical.