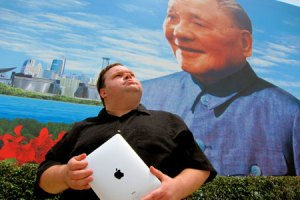 Editor’s Note: In March 2012, the national radio show “This American Life”, which ran a long excerpt from Mike Daisey’s play “The Agony and the Ecstasy of Steve Jobs”, retracted its story saying it contains significant fabrications. Daisey responded saying the play “uses a combination of fact, memoir, and dramatic license to tell its story.” TechCrunch has interviewed Daisey several times about his acclaimed play and he repeated to us some of the stories he has now admitted he didn’t actually witness. For more, see John Biggs’ TechCrunch post on “The Agony and Ecstasy of Mike Daisey“, and other posts about the retraction and Daisey’s response.

Why haven’t American technology journalists reported the truth about the working conditions at the Foxconn factory in Shenzhen, China – a 430,000 person factory that manufactures around 50% of all the personal communications devices used in America? Why aren’t they doing their job?

According to the monologist Mike Daisey, it’s not only journalists who have missed the real story about the inhumane working conditions at Foxconn. Daisey says that we – Apple employers, investors and users like myself – have all committed the “terrible sin” of evading our “responsibilities.” We all – journalists and Apple fanboys alike – need to “wake up” and “open our eyes”, Daisey says, to the “dehumanizing” consequences of an economy in which all our manufacturing is outsourced to companies like Foxconn.

See the first part of the Keen On… interview with Daisey on Apple’s “terrible sin” in outsourcing its manufacturing to Foxconn.

Mike Daisey on the dehumanization of America