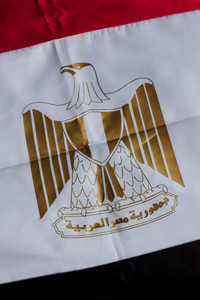 How much good will Twitter and Facebook do your revolution once the government completely shuts down Internet access? “Not much good” is the correct answer. (Can something similar happen here in the U.S.?) That’s why it’s high time we pay homage to some of the old technology that’s really making this Egyptian situation tick: ham radio, fax machines, and good ol’ fashioned dial-up modems. Remember those?

You’ll recall that the Egyptian government completely shut off Internet access on January 27—kinda hard to tweet #egypt when there’s no Internet to be found. That means you have to get creative. Instead of relying upon 3G to tweet the time and location of the next rally, maybe you’ll have to use a dial-up modem to connect to a Spanish ISP? A number of ISPs all over the world, from France to the U.S., from Sweden to Spain, had set up “pools of modems” that could be used to accept international calls. Dial in to these modems, and you’re able to communicate with the outside world.

But even that’s a little too “new” to be considered old fashioned.

A group called We Re-Build had set up ham radio listening stations around Europe, monitoring the airwaves for any and all news vital to the situation on the ground. Once said news was intercepted, they would then spread it around the world quicker and faster than Egyptians could ever hope to.

Even Anonymous, the group perhaps most famous for its involvement in the post-Wikileaks brouhaha, got into the act. It used fax machines—fax machines!—to relay information to and from students on the ground.

Another mass rally seems to be in the works for tomorrow, and while it’s probably appropriate to attribute at least some of the situation to the use of social media and the like, it’s probably just as appropriate to recognize the contribution of other, less snazzy forms of communication.