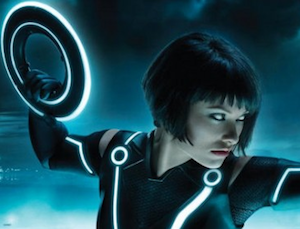 You know how I know Quora is going to be big? No one can shut up about it.

Anyway, the past couple of weekends have brought some truly great bitchmemes about Quora. Last weekend, it was Vivek Wadhwa who kicked things off on this very blog with his post, Why I Don’t Buy The Quora Hype. That post led to a firestorm of reactions (both positive and negative) in both the comments section and on Twitter. In fact, at one point after the post went up last weekend, I swear my entire tweet feed was devoted to it.

And, of course, there was a huge thread on Quora about it.

And then came the blog posts in reaction to it. Thoughts on personal blogs also quickly jumped over to TechCrunch. God I love bitchmemes.

But this weekend kicked things up another notch. And naturally, it was Robert Scoble who was the catalyst. Scoble wrote a post today entitled, Why I was wrong about Quora as a blogging service … If you haven’t read it yet, you should, if only to get context for Dan Kaplan’s hilarious rebuttal.

Whereas Wadhwa brought up a number of good points in his post, Scoble just seems to be venting by arguing against his own initial argument. If you don’t want to read it, basically, it boils down to: it’s annoying that a moderator buried the answer I took a lot of time crafting.

On one hand, that’s humorous. On the other, it’s also really the heart of the problem here.

Quora is not a blogging platform. Initially, I agreed with some of Scoble’s original thoughts on the matter. But I apparently misinterpreted them to mean that he felt Quora was a part of the next progression of the overall blogging ecosystem. I still think it is. Quora is a great source of information like Twitter and Facebook and blogs themselves. But apparently, Scoble was actually just thinking that Quora was the actual future of blogging. As in, you would and should do it there.

To me, Quora is first and foremost about information. It’s about getting it out of peoples’ heads and into a centralized repository that, when mixed with certain social signals, becomes a blooming flower of knowledge. While I do think there is room for opinions on the service (and in many cases, that’s what is specifically being asked for), it’s not for users to go on and on in a highly personal and oddly promotional manner. Which is exactly what Scoble did in his down-voted posting in question (as Kaplan rightly calls out).

Doing that is fine — on your own blog. In fact, it’s perfect for that. But if you put that type of stuff on Quora and expect it to be treated as the most authoritative answer simply because a certain percentage of your 8,000 followers will vote it up, you’re missing the point of Quora. It’s more about the information and less about the person providing the information. That’s simply one of the signals (albeit the most important initial one) to know if the information is any good or not.

Should Scoble’s answer have been hidden? Probably not. And it actually doesn’t look like it is anymore. But because he has so many followers voting up his answer, it does overshadows the others in the thread, which are also good and much more to the point. Perhaps hiding Scoble’s was the way the moderator(s) thought would best ensure that other answers could be seen. Who knows. And really, who cares? Well, besides Scoble, of course.

Again, Quora is not a blogging platform. And it never was. To get angry when you disprove your own misinterpretation is just weird.

The real key here is that everyone can’t stop talking about Quora — no matter the reason. And at a very fundamental level, that means something. Something important. Something that other services that have caught on have shared.

On a much less fundmental level, it means a shitload of press. And press about Quora press. And now even press about press about Quora press. Despite what you’ll read in the comments below (if you dare go down there), it’s the kind of press you can’t buy. It’s the kind that comes about naturally because people are interested in your site. Both people who want to write about it, and people who want to read about it. That is, when they’re not busy using it.