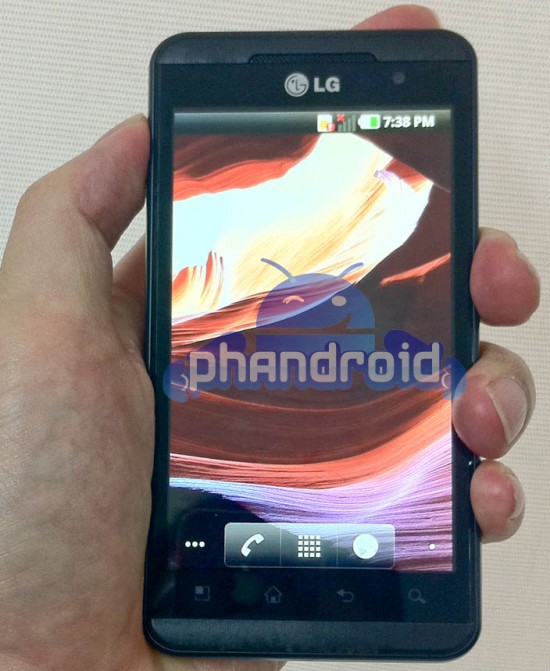 Just last week, Dutch retailer ThePhoneHouse jumped the gun and put up a listing for the thus-far unannounced LG Optimus 3D. The bad news? Outside of the name (specifically, the “3D” bit in the name), there wasn’t much to be learned — they didn’t put up specs, and they didn’t put up any pictures.

Of course, a leaked name is often enough to get the leak-train rollin’ — and a-rollin’ it is. See that Droid X-lookin’ thing over there? That is, according to the good ol’ rumor mill, none other than the Optimus 3D.

The spy shot, as obtained by Phandroid, came from an anonymous source. Like any good source, they also came bearing a few details:

Of course, a 2D spy shot can’t quite convey whether or not a display is 3D — so there’s still decent odds that this isn’t the Optimus 3D, but a different unannounced LG handset. We’ll find out all the details during Mobile World Congress next week (that is, of course, unless leak-train does all the detailing before then. Know something? Shoot me an e-mail at greg at crunchgear dot com.)