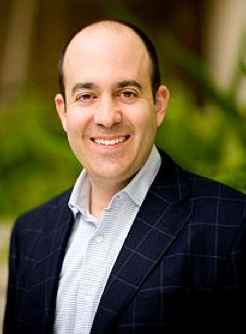 Accel Partners is announcing today the addition of former eHarmony head CEO Greg Waldorf as CEO-in-residence. Waldof spent eleven years at eHarmony and five as CEO before leaving the company a couple of weeks ago and landing at Accel as of today.

While at eHarmony, Waldorf oversaw an online dating business that raked in more than $1 billion in revenue. Under his helm the company expanded into over 15 countries worldwide. Waldorf has previously worked with Accel on the board of real estate startup Trulia.

Waldorf told us over the phone that he’s most excited about the companies with freemium business models given his background in paid services like dating. He’s also interested in spending some time in Accel’s New York and London offices as so many interesting things are happening internationally with regards to entreprenuership.

As Accel CEO-in-residence, Waldorf will be succeeding LinkedIn CEO Jeff Weiner and former Googler Singh Cassidy who went on to found Polyvore. When asked what his number one piece of advice for budding entrepreneurs is Waldorf said “pick your partners wisely.”

The VC firm has has also had some recent notable exits, including that of Diapers.com to Amazon for $540 Million, Admob to Google for $750 Million and Playfish to Electronic Arts for $300 million.