About an hour ago, Ina Fried over at Mobilized posted that Google would be hosting an event next week to show off the latest version of Android, codenamed “Honeycomb” a bit more. Sure enough, an invite has just landed in our inbox.

A Taste of What’s New from Android

You’re invited to an Android event at Google headquarters in Mountain View on Wednesday, February 2. Please join us for an in-depth look at Honeycomb, Android ecosystem news and hands-on demos.

It will take place from 10 AM PT to 1 PM PT, but the event itself will be about 90 minutes, with the rest of the time used for demos.

More importantly, the entire event will be streamed live on YouTube at this URL.

This event follows Google’s recent release of a preview version of the SDK for Honeycomb. And back in January, they released a preview video of the new OS.

No word on who will be on hand to show off Android 3.0 at this event yet, but Andy Rubin is a safe bet. More interesting will be if soon-to-be CEO Larry Page shows up as well. 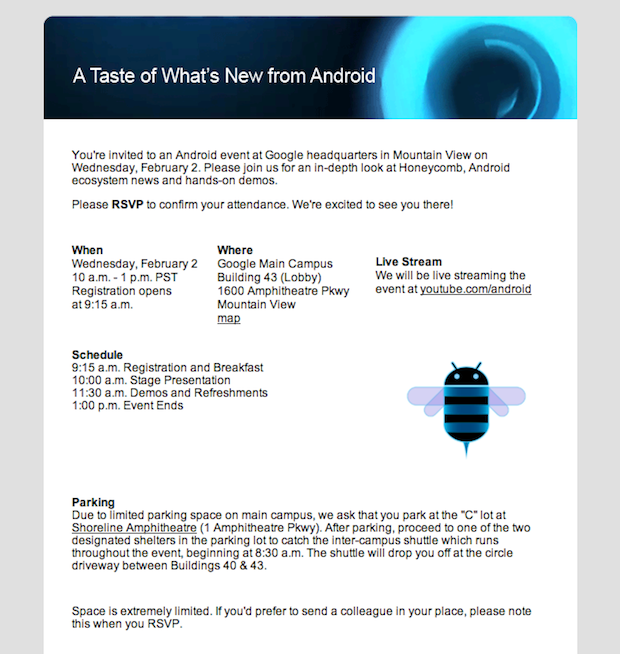