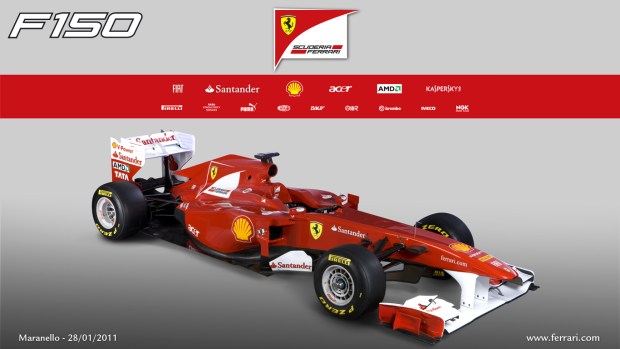 The new Formula One season begins in March, and Ferrari is the first team to show its hand. Its new car, the F150 (so named to commemorate 150th anniversary of the unification of Italy), was launched just a few hours ago at its headquarters in Maranello—Italy, of course. Given that Formula One is poised to introduce a new series of regulations in the coming years, partly to make the sport more “green,” it’s probably worth a few minutes to check out some of the changes Ferrari has made to its flagship piece of engineering. Is it enough to dethrone Adrian Newey and the rest of Red Bull Racing? Prediction: no.

It should be noted that Ferrari had a pretty crummy year last year. Yes, one of its drivers, Spain’s Fernando Alonso, managed to come in second place, but for Ferrari second place might as well be last place; it’s a very New York Yankees mentality over there.

Where to begin? Looks, sure: not bad, Ferrari. I like the Italian tricolore on the wing there. But don’t get too excited, for Ferrari says the exterior is subject to further tweaks. “The car you will see at the first race will be completely different from the car you will see in Valencia [for pre-season testing, on February 1],” said Stefano Domenicali, Ferrari’s grand poobah.

Ferrari says the name of the game this year is reliability, which is funny because I seem to remember Red Bull having a number of reliability issues last year, too. 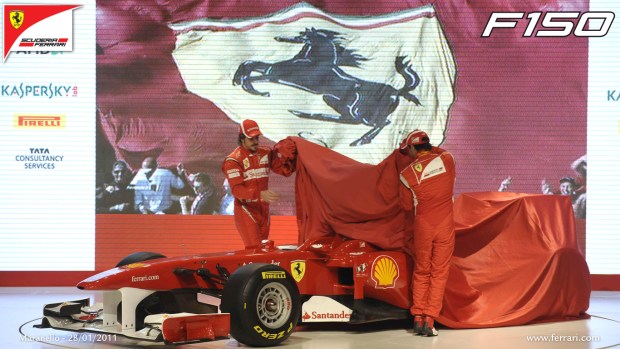 Kers returns this year. Kers, the kinetic energy recovery system, lets cars convert excess kinetic energy and put it toward useful ends rather than just be lost to friction. It’s not a new technology, but Williams said, when it was first introduced, that Kers represents the “first stepping stone” on the path toward environmental responsibility or some such.

The banning of the double diffuser means that Ferrari (and probably others) will abide by push-rod suspension. (Red Bull has used pull-rod for the last two years.)

Ferrari has also lowered the suspension a tad to “improve the flow of air beneath the car.”

Meanwhile, Red Bull, the reigning champions, will show off its new car in four days’ time, in Valencia. Adrian Newey will be there, triumphant, saying, “Look how great I am.”