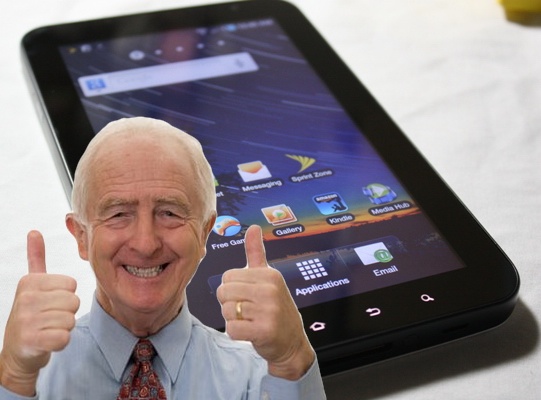 Two million! Good for Samsung! Although I can’t say I’d advise anyone to buy one of these devices, the Galaxy Tab probably was the best (if not the most affordable) of the 2010 stopgap generation of tablets. The sales of the iPad dwarf this, of course (nearly 8 million in the same period), but hey, like they say, first is worst, second is best, and third is… HP, I guess.

Seriously, though, don’t buy one until you see the sequel, which might be announced in like two weeks.