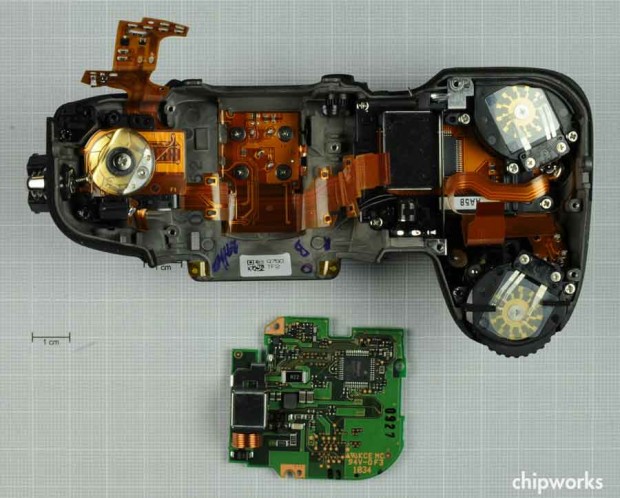 I wouldn’t say this teardown of a D7000 is of particular interest over, say, a Canon or Pentax, but you don’t often get to see brand-new DSLRs cracked open like this. When you think about it, there really is quite a lot of computing power packed into these guys. Being able to process and write thirty 16-megapixel RAW or JPEG images at five or six per second is a serious task. Go ahead, open 30 right now in your favorite image editor. Like lightning, right? No, not so much.

The big mainboard seems to have plenty of room, actually… room for a parallel image processor or extra cache, either of which might be nice. I’m surprised there isn’t more internal storage on DSLRs, used for temporary holding of files in queue to be processed or written.

The rest of the teardown (along with technical analysis of some of the more prominent parts and chips) can be found here at Chipworks.