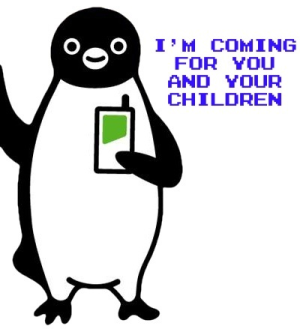 If you asked most folks what NFC means they’d probably mumble something about the Giants and wave you off. However, Near Field Communication is here to stay and if Google and Apple’s current and potential implementations are any indication, we’ll be using NFC devices in the next two years, at least in some specific environments.

First, though, what is Near Field Communication (NFC)? At its core it’s a low-power radio system that allows short-range data transfer at distances around 3 inches, or 10 centimeters. There are multiple modes, although the most important is passive mode, in which a device acts as a programmable smart card. For example, an NFC transmitter could pose as any number of RFIDs as well as interact, albeit briefly, with security systems and payment kiosks. In short, an NFC transmitter becomes both a wallet and a personal ID.

Why would you want NFC in a phone? Well, NFC is entering the common lexicon through improvements in mass transit payment systems (DC, for example, is looking into it as well as Vancouver). If you’ve ever been to Japan, you’ll remember the ubiquitous Suica penguin cards used to get into the Japanese metro.

However, given the American animus against mass transit — to the extent that in Ohio they gave up Federal cash rather than connect Columbus and Cleveland via rail — I doubt that Apple and Google are consider that a priority. However, the iPhone 5 and other NFC-capable phones will be headed to Asia and Europe and so can be used there. There are, to be sure, commuters who would love NFC in the DC, NYC, and SF metros, and that’s not a small constituency. However, it’s not enough to roll out an entire mobile infrastructure for.

Our own MG believes that NFC will make for an easy way to connect mobile devices with each other. However, NFC isn’t quite the mobile mesh personal area network we’ve been looking for. There are better and easier ways to get data from point A to point B than add an entirely new radio stack.

However, general payments seem to be the real value play here. Read this:

The main goal for Apple would be to get a piece of the $6.2 trillion Americans spend each year on goods and services, Crone said. Today, the company pays credit-card processing fees on every purchase from iTunes. By encouraging consumers to use cheaper methods — such as tapping their bank accounts directly, which is how many purchases are made via PayPal — Apple could cut its own costs and those of retailers selling Apple products.

Qualcomm is already at the forefront of this movement and the eventual move from credit cards to NFC devices with Paypal-like sign-up and cash dispersal is well on its way to launch. Why hasn’t it come yet? Well, the biggest bottleneck is the current install base of credit card machines and the associated costs of upgrading the entire credit card network at once. Presumably card readings currently supporting the Citibank Blink RFID payment system will also support future NFC standards, an important concern.

In the end, you will have to start caring about NFC simply because it is coming sooner than later. I’d estimate we’ll have general awareness of the topic by 2012 and actual adoption in the US by 2015, thereby relegating “dumb” credit cards to the junk heap of history. Apple and Google are simply looking for a way to cash in on the wave of conversions before that time comes — a noble (and shrewd) goal.