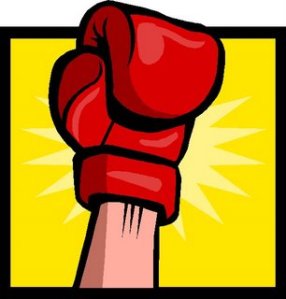 Enterprise software isn’t as sexy a topic as the iPhone or consumer apps. So why do I love to cover it? The fights.

While most consumer Internet companies view their market as a warm and fuzzy place where there can be multiple winners, in enterprise software, it’s a slug fest. Companies are competing head-to-head for deals and customers want as few software vendors as possible. That means scrappy founders who love to joust– especially those trained in the school of His Royal Highness of Jousting, Oracle’s Larry Ellison.

In this second segment of our sit down with Jive’s CEO Tony Zingale, he throws down on competitors like Yammer and Salesforce and explains why he loves his competitors’ freemium model, saying “They’re the best lead gen source we have, because the moment anyone gets serious they call Jive.”(By the way, if a named competitor would like to come on TCTV and have your say, you’ve got our number.)

Only an enterprise software exec would say someone calling his sales force “ex-Mercury sons-of-bitches” was “flattering.”

For part one of our interview, where Zingale details the ROI of social enterprise software, go here.