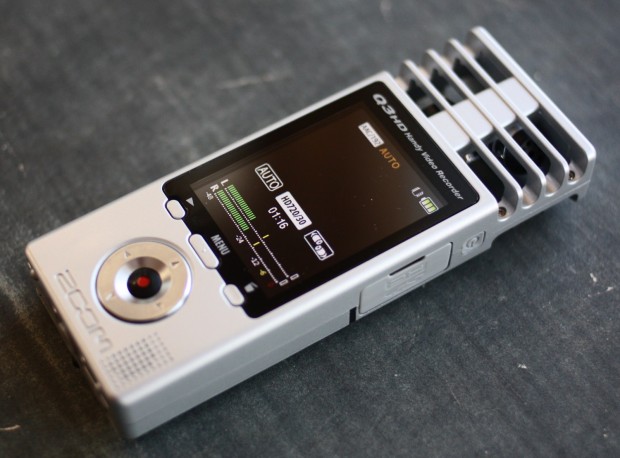 Short version: A versatile and useful pocket cam for people who value the audio portion of their video, but its high price may make those on the fence opt for a cheaper, more rugged model. 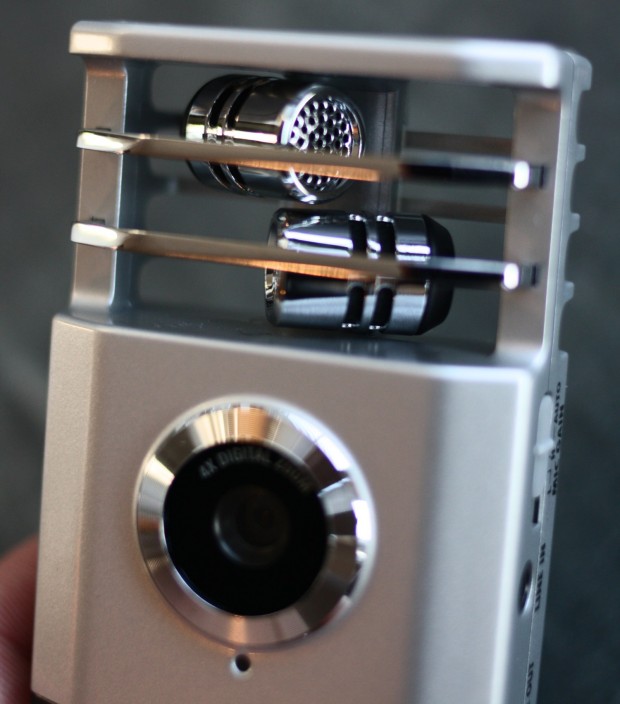 Pocket cams are convenient little devices, but they sacrifice a lot of image quality by having a tiny lens and sensor, and although people don’t often think of it, they also sacrifice audio quality by having a simple mono microphone, often poorly placed. This doesn’t seem like a problem until you truly can’t make out what’s being said because of traffic noise or what have you. The Zoom Q3HD attempts to fix this by putting a pair of high-quality (compared to other pocket cams, anyway) microphones at the top, which are also more sensitive.

We may as well be honest and admit that this isn’t exactly a new product. The Zoom Q3 has been out for a while, and this is an HD refresh. But to be fair, it’s a new design and the complaints relating to the old Q3 were often video-related. At any rate, the HD one is here now, and we’re reviewing it. 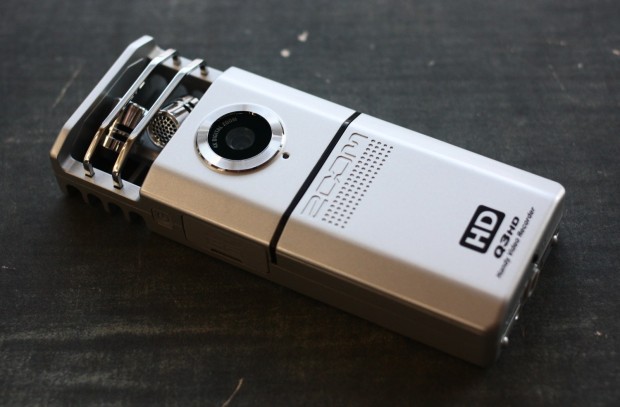 The device is very light, more so than other pocket cams, and really has the feel of a toy rather than a piece of equipment. I can’t say I’m too pleased with that, but it is at least well put together, and includes a USB connector (on a rather short leash). There are a number of ports on the side for audio in and out. The battery compartment is in the front, but is secure enough that I doubt you’ll accidentally pop it out. 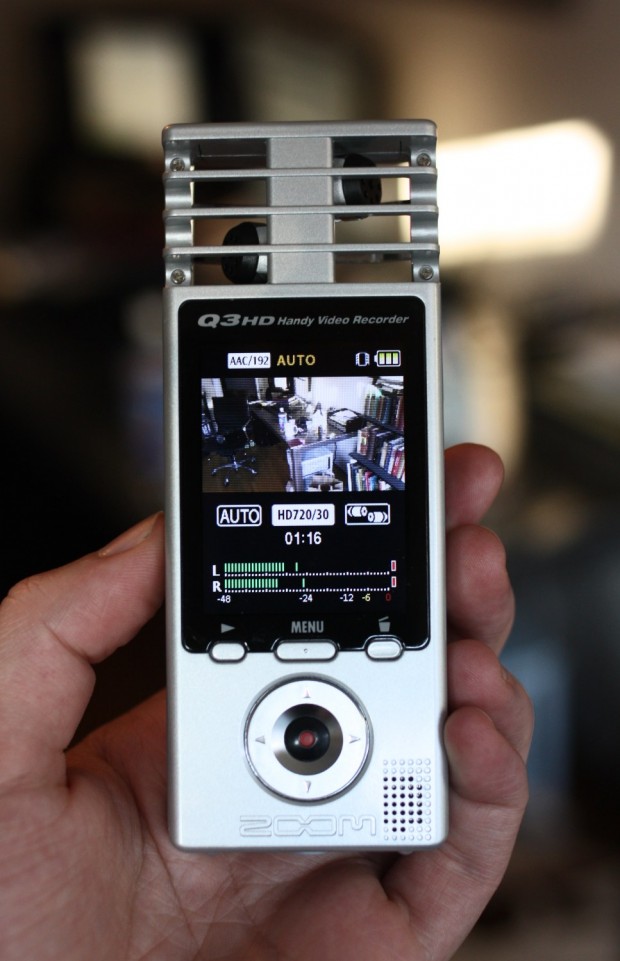 Operation is quite simple, like other pocket cams: you have a big red button for starting and stopping the recording, a d-pad surrounding it, and buttons for mode, menu, and delete. The buttons themselves aren’t noteworthy; they’re buttons. The d-pad could be more responsive, but I got around the simple graphical menu system fine. There’s really not too much configuration that needs to be done with these simple camcorders anyway.

The options are mostly self-explanatory: a couple frame and scene modes for video, and some bitrate/format options for audio. AAC and PCM are your choices, bitrate from 160 to 320kbps, and you can change the low cut and gain settings.

Video is no better than your average pocket cam, but the Q3HD does have a refreshingly wide-angle lens. It’s not something the average shopper thinks of or notices, but most pocket cams have millimeter equivalents of maybe 50mm, when what you really want is something below 30. I’d put the Q3HD at around 35mm in angle, which makes framing shots easier. It’s not autofocus, unfortunately, so you’re stuck with a fixed infinity focus starting at around 18 inches from the lens. Par for the course with pocket cams, though you can find autofocus camcorders easily for under $200.

I wanted to make a video showing the improvement a Q3HD provides in the audio department, but things weren’t really working out as I hoped. I realize that makes it sound like the device doesn’t actually do anything different, but I assure you it does. It’s much, much better at filtering out voices in a crowded room, and making sounds much warmer and more natural to the ear. The pinhole mics often found on pocket cams and even some mid-range camcorders tend to muddle everything together, but the Q3HD (as has been noted in its previous version) really does make for better sound.

One thing that helps is a quick switch for going between low gain, high gain, and auto. While it does a good job auto-leveling, occasionally you might want to minimize background noise or just be sure you catch every word, and the switch from lo to hi is instant and noticeable. It’s especially handy having the live levels feedback on the video screen at all times (though the actual video itself is relatively small, unfortunately), as it lets you know when you’re clipping or not getting enough sound. 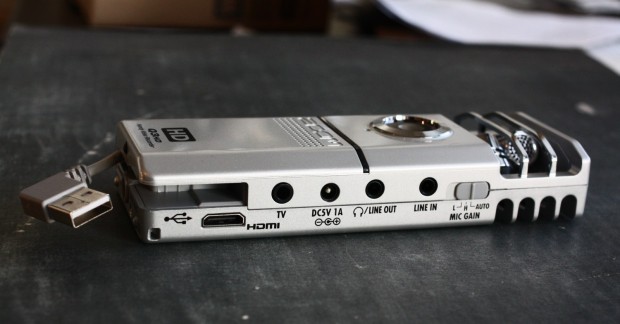 Another thing the Q3HD provides is a wealth of ports. A built-in USB cord is convenient, but it also has analog TV out, HDMI out, and 1/8″ lines in and out. This means it can be a plain sound recorder or a microphone for your DSLR or camcorder; you can turn the camera function off and just use the sound-recording function.

Basically what we’ve got here is a video blogger’s multitool. It’s no better than the competition when it comes to video quality, but the much-improved microphones provide better stereo separation, more warmth, better clarity, and also function as a digital voice recorder and external microphone. At $300, it’s nearly double the price of its Flip and Kodak competition, however, and it’s not a particularly rugged device, so consider what your needs are before dropping your dollar.