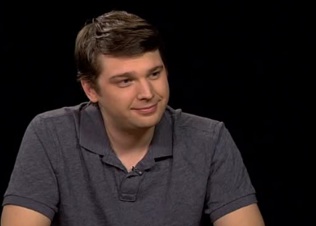 This evening at the Crunchies, Groupon CEO Andrew Mason took home the coveted CEO of the Year award. But we couldn’t let him leave the stage without taking the opportunity to ask him a few questions about the red-hot company.

Our own Michael Arrington kicked things off by asking about Groupon’s press release for its recent funding round, when it “Raised, Like, A Billion Dollars“. Groupon and Mason have long had a very amusing and irreverent sense of humor. But how long can they keep that up before it causes a deal to fall through, or something else undesirable to happen?

Mason replied that he’s taking the Arnold Schwarzenegger approach to leadership. That is, he’s taking the first part of his career and doing everything stupid he can think of, so people have no expectations for him down the line (then again, he did just win CEO of the Year, so he’s not setting the bar too low).

Michael followed up by asking if Groupon had selected Morgan Stanley to lead the company’s IPO. Mason responded, “We are talking to bankers about the possibility of going public…. We have not made any decisions about whether to go public or who to do it with”.

Finally, Michael asked about Groupon’s revenue — could it do $4 billion this year?  To which Mason responded, “Which one’s the revenue?”