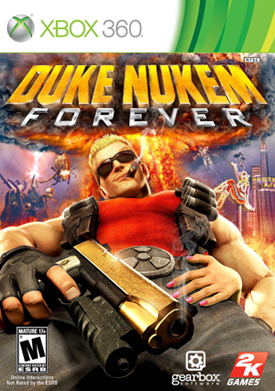 Quickly now: Duke Nukem Forever will be released on May 3 of this year for the Xbox 360, PS3, and PC. 2K, the game’s publisher, says that “May 3, 2011 marks Duke’s return as he unleashes his brash and brutally honest wit on the world. His return is going to be epic and one that will make video gaming history!” Indeed.

Update: Reveal trailer after the jump!