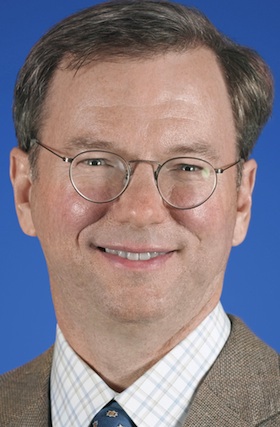 Google has just announced their Q4 2010 results. Oh, and they announced that co-founder Larry Page would be replacing Eric Schmidt as CEO on April 4. Obviously, the earnings call is going to be interesting.

More: Schmidt: Decision Made Over The Holidays, It’s About Execution, And Larry Is Ready To Lead

Find our live notes below (paraphrased):

Eric Schmidt: Thanks everyone for getting on our call. We jumped on to talk about the other announcement this afternoon. We had a very strong quarter and year. Our outlook is very bright. Larry, Sergey and I have spent a long time talking about how to run things. But we thought about how to run things even better. After discussions, we decided to change things. We’ve been doing it one way, but we think this way will be better. Larry will run things day-to-day, I’ll be elevated. And Sergey will do what he does best.

Larry Page: I want to congratulate Eric. He’s done a great job this past decade. We’re all in great debt to him. The results speak for themselves. No one in the universe could have done what he’s done. I’ve learned so much from him. His role going forward will be invaluable. This is an incredible oppotunity. People thought when we started that we were too late. Too many other search engine, etc. We’re only at the beginning now.

Sergey Brin: I’d like to mention that I’ve had a great time working with Larry now for 15 years and Eric for a decade. Both of them have inspired and moved me. I would like to work more on my personal passions. There will be several new products I’m working on. I’ve been accused of vaporware recently, so I won’t talk about them yet. But soon.

ES: Focus on more external issue. I believe Larry is ready. His ideas are interesting and clever. It’s time for him to have a shot at running this. A decade goes fast. I’m quite sure this partnership will continue. I don’t anticipate any material change. I do believe now we’ll execute even better.

Q: What about the New York purchase?

LP: It was more about the office space really. We appreciate the new tenants, but that wasn’t the main reason we bought it.

Q: Eric, you’ll be focusing on government outreach. Talk more about that.

Q: What about social and realtime?

ES: Sergey, you’ve been working on this. Want to take it?

SB: You point out two key things. Both are very important to search. We’ve rolled out certain things along those lines. Realtime updates in search. And we’ve deployed social search. I think we’re just at the tip of the iceberg. We’ve only touched 1% of what we can. You can expect more.

LP: The last part resonates with me. Think of the next five years of your life online.  We’re in the early stages. I’m very excited about the possibilities.

ES: Our basic strategy is to have the right ad in the right spot. We’ve looked very carefully as to the decisions about which ads go where. We’re happy with it. There have been some competitor complains, but we’re happy. We think the complaints will pass.