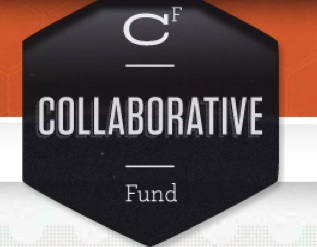 Angel investor and entrepreneur Craig Shapiro is starting a new seed fund based in Los Angeles with the help of friends and advisors like YouTube founder Chad Hurley and Kiva co-founder and Profounder CEO Jessica Jackley. Investors in the relatively small $6 million fund include GM O’Connell, Nicholas Negroponte, Jason Krikorian (co-founder of Sling Media), Ben Goldhirsh (founder of Good and heir to the Inc. magazine fortune), and Brendan Synnot (founder of Bear Naked and RevelryBrands)

Called the Collaborative Fund, it will invest in startups focused on two themes: collaborative consumption and those which use their values as a competitive weapon. Collaborative consumption, explains Shapiro, is “this trend of businesses to extract value form existing resources.” Think of all the peer-to-peer sharing services out there that use the Internet to make existing economic resources more productive by making it easy to rent, share, or swap them. Examples include Zipcar (shared cars) and AirBnB (shared housing). The other related focus is on “brands that mean something.” The models here are companies like Zappos and Honest Tea that target Richard Florida calls the creative class. They live by values like happiness, authenticity, and transparency, which end up being a perfect way to market to consumers who don’t like to be marketed to.

To get the fund going, Shapiro rolled most of his own investments into the fund, including BankSimple (better banking through a better UI), Profounder (crowdsourced funding), Gobble (an AirBnB for food), Groundcrew (organize mobile teams), and MindSnacks (learning games for touch devices). He plans on making 4 to 6 seed investments a year, and may launch sister funds later to do any follow-on investing.