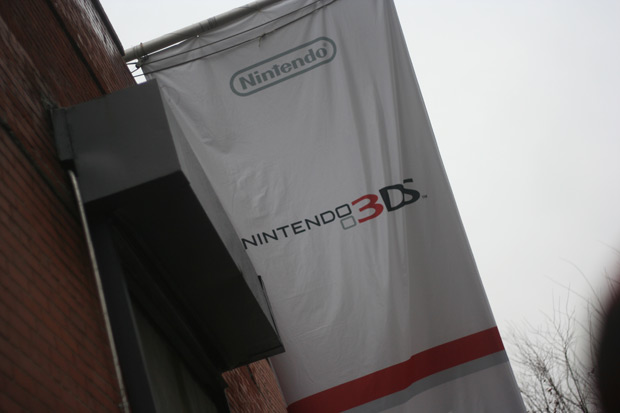 Nicholas here, live from Nintendo’s big press conference in New York. The star of the show will be the 3DS, and Nintendo is expected to announce launch details: exact release date, price, games, etc. The stuff you’ve been waiting for. Like with the IBM Jeopardy challenge last week, feel free to refresh this post every minute or so; I still don’t know how to use fancy live-blogging services.

8:50am: People are still getting seated. Nintendo has folks armed with 3DSs lined around the room.

8:55am: The five-minute warning has just sounded. Fox Business Channel is to my right, rehearsing. The magic of television. Setting the scene a bit: Nintendo has Muse (“Starlight”) in the background. Not here, mind you, just playing softly, probably off someone’s iPhone. 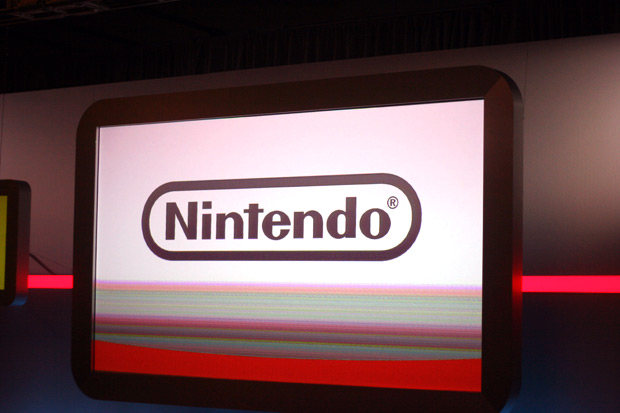 9:03am: The lights have dimmed and a video has appeared on the above screen, sort of a media-coverage re-cap of the 3DS so far, primarily E3 coverage.

9:05am: Reggie’s on stage, says today is a big day for both Nintendo and the attendees. A “vast, new world in 3D entertainment.” The experience is a “game-changer.” (Just a side note here: I’ll probably have video of some of the games a little bit later today. For now, this liveblog will suffice.)

9:07am: Reggie goes through some of the technological stages that brought us here today: the N64 with its analog stick, the DS, the Wii, and now the 3DS. He calls the 3D found in the 3DS a “different kind” of 3D—no glasses required.

9:10am: The 3DS is a “different animal,” and will be much more of a social system than Nintendo has ever made before. Reggie says today the release date, price, and launch titles will be announced. An overview video now plays on the above screen. “This is the 3DS…”

9:11am: Colors are black and blue for North America at launch. 2GB SD Card comes with system. Ships with a charging cradle. Data transfer between 3DSs is hardware-to-hardware, regardless of present game card.

9:15am: The informational video calls 3D glasses you usually have to wear “fashionable.” Burn~! Imagine the possibles of 3D photography…

9:16am: Games now. Reggie calls third-party support “robust.” Pilotwings Resort is the first game announced. Next is Nintendogs+cats. Cats will be harder to please, says Reggie. The dogs and cats will recognize their owner. If I have a dog in the game and Matt shows up my dog my bark in anger! Next is some submarine game called Steeldiver. The Legend of Zelda: Ocarina of Time 3D and Kid Icarus: Uprising.

9:21am: Third-parties are next. Note that Reggie never said whether or not those above Nintendo games were launch games, mind you, just that they’re en route. Back to third-party games: Dead or Alive: Dimensions (Tecmo Koei). DoA dev on screen pretty much saying what you’d expect: the 3DS is great to work with, it makes games more realistic, etc. Up next is Pro Evolution Soccer 2011 3D. YES MESSI IN 3D~! Oh, boo, no video for PES, typical. Peter Moore on the screen to talk about Madden from EA. Now it’s Super Street Fighter IV: 3D Edition. I’m supposed to see that right after the press conference; we’ll see. Capcom dev on screen now talking a new mode called Figurine Mode, and Fight Request Mode, and there’s a Spectator Mode. Online multi-player over Wi-Fi, too.

9:28am: Reggie talks about “launch window,” which is the weeks between launch and E3, more than 30 games released in that time period. Talking now about built-in games/software that ships on the system. Some sort of calendar/exercise reminder thing, Mii Maker which now uses the camera to make your Mii. If your 3DS is in Street Pass mode, and you pass someone else who is also in Street Pass, your Miis will swap. Some game called Face Raiders which also uses your face. AR Games. Browser, video player.

9:32am: Changes to the way friend codes work, they’re not software-dependent. Much more automated. 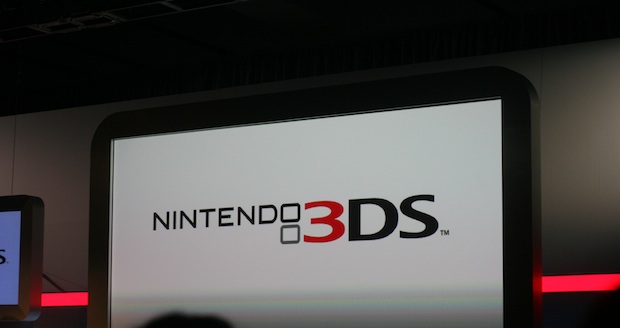 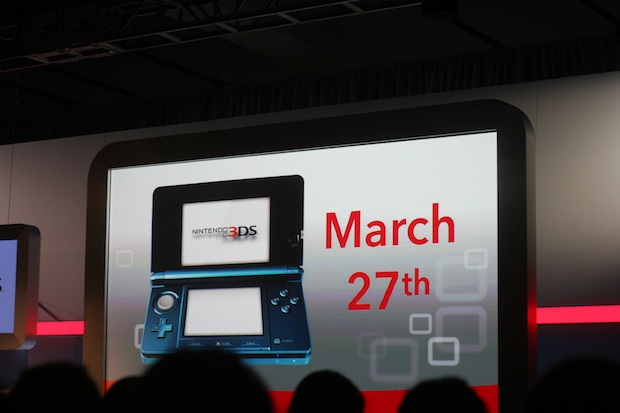