By now you might be familiar with the startup with the funny name, as its very existence made news outlets as diverse as the Washington Post, Portfolio.com and Hipster Runoff. And while Hipster CEO Doug Ludlow still refuses on the record to say what the site is about, at this point we’ve heard the words Yelp, Quora and location-based Q&A site being tossed around by sundry reporters, savvy Googlers and one ambitious tipster who sent us an in-depth analysis of its Javascript.

But just like the hipster tribe themselves, what Hipster does is besides the point (at least at the moment). What’s more interesting is the fact that a total of 14K people have already signed up with little information about the site’s purpose, the first 10K in two days after marketing launch.

How did Ludlow do it? Drawing directly from Fork.ly‘s viral “launching soon” page, he posted the following link on Hacker News, “Want to be a Hipster? Early invitations available.” Just like in the Fork.ly model, he offered interested parties earlier beta access in exchange for inviting three friends and gave them a unique user ID, share link as well as upfront Facebook and Twitter buttons.

Aol’s Ben Roodman (ID #63) fell for it and tweeted out his invite link with a the hilarious, “I tell people I’m too fat to be a hipster but you can apply here:http://heyb.tw/gBn6n4.” That in turn caught my eye, I wrote a circumspect post whether it was “genius or terrible” for TechCrunch and the rest is pageview history. 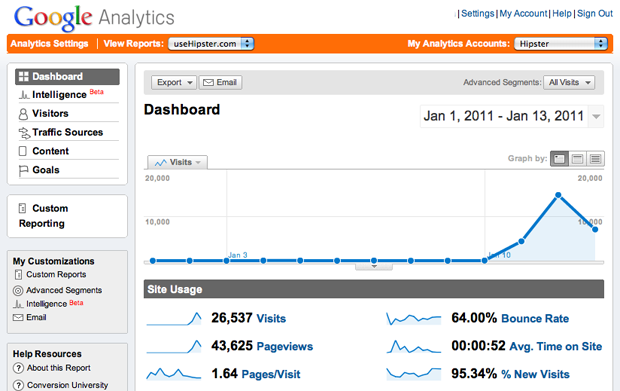 After the initial TechCrunch bump (we posted in the evening of the 11th) pageviews slowed down but Ludlow says that signups didn’t. He holds that 2/3 of all user referrals are now from user referrals, not press, “The invite process has basically gone viral at this point.”

But Ludlow says that the story of Hipster is much more than “Startup That Gets Written Up On TechCrunch Gets Exposure” and that the appeal goes beyond the wacky name or the strategically viral “Coming Soon” page.

In an email to TechCrunch, he holds that the service has tapped into into some sort of startup zeitgeist,“The fact that despite not knowing what we do, people are talking about Hipster being something great for their city means that a lot of people really WANT something that will help them connect with their community.”

Or maybe a lot of people (nay hipsters) are just bored and looking for the latest distraction, “I think people WANT to be surprised, and are willing to add their email address to a cool looking form for the chance of being delighted.” 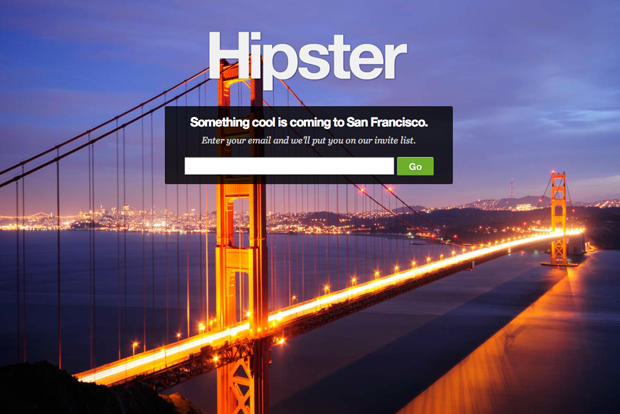