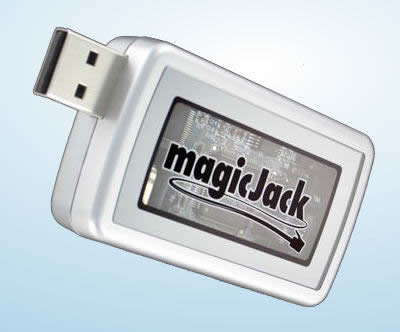 Magic Jack, the broadband telephony service famous for its kooky late-night TV adverts, is in a bit of hot water in Florida. A county there wants to know why Magic Jack hasn’t collected 911 fees from its customers, and has taken the company to court to demand payment. Magic Jack, of course, claims that it shouldn’t have to collect such fees, even if its customers have the same access to 911 services as other, paying citizens.

Kanawha County says that Magic Jack has refused to collect 911 fees from its customers despite being, in its opinion, no different than any other telephone service. (Telephony companies collect nominal fees, mostly around the $3 per month range, then send this money off to the county, with which it uses to pay for 911 services—a roundabout tax, if you will.) Magic Jack says it shouldn’t have to collect the fee because of a technicality: it’s not a telephony company, per se, but rather a company that just so happens to provide a separate incoming and outgoing telephone service.

When Kanawha Count’s commissioner took issue with that argument—one can’t subscribe to Magic Jack’s outgoing service while subscribing to a different company’s incoming service, for example—Magic Jack quickly broke out the ol’ “no comment” defense.

Most readers should be familiar with Magic Jack.

For $39.95 per year users get unlimited local and long-distance calls, along with call waiting, voicemail, Caller ID, and so on. It all runs through a USB dongle that plugs into your PC or Mac.

Further hearings on the matter are scheduled for March 1 and 2.