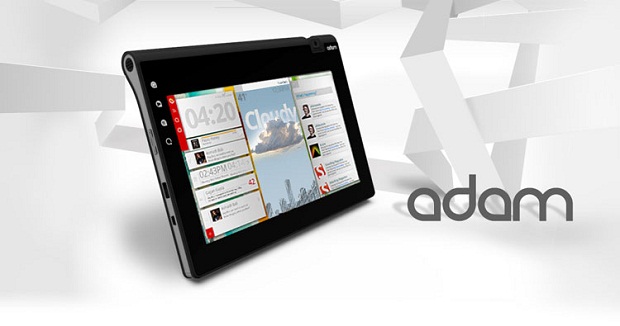 The Notion Ink Adam might be the best tablet you’ve never heard of — but there’s a good reason for that. This kit isn’t coming from a high-profile outlet with deep distribution channels. It’s coming from a start-up fueled by nothing but raw passion. For us at CrunchGear, the Adam isn’t the fascinating part of the story; it’s the wide-eyed company and its crazy fanboys.

The tablet itself though has a rich, but short history. The Bangalore-based company took the Adam from rendering to production in just over one year and thanks to the company’s vocal CEO, Rohan Sharvan, constantly granted fans a look at the development process. It’s quite a story.

The Adam is the brainchild of the Notion Ink design firm. According to the about page on the official website, “Notion Ink is young at heart, and proud to wear it on its sleeve. Youth gives us that extra edge in bringing a whole new realm of concepts to reality.” Notion Ink is new at the consumer electronics game. The Adam tablet is their first go in the market and the road so far has been rocky. We’ve watched the company move through a rigorous learning curves and vocal trolls (mainly us) have caused a good deal of public agony. 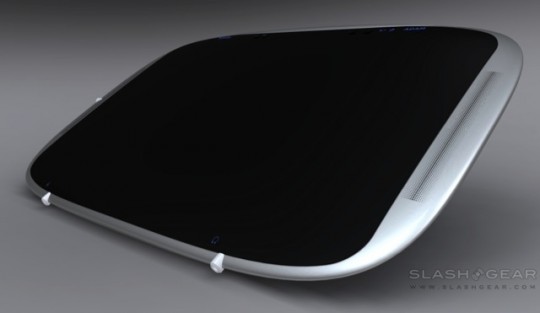 It all started back in December 2009 when we got a little message from Notion Ink’s founder, Rohan Shravan, who wanted to show TechCrunch his little project that would be unveiled at CES 2010. You may recall the timeline: This message about a start-up doing a tablet came just days after another notable tablet died. This one was set to come out in June complete with Tegra chipset and Pixel Qi screen. We were excited.

CES 2010 arrived and we somehow missed the Adam. SlashGear didn’t. The tablet was a hit of the show with a novel form factor and fancy UI concept art. After seeing the CES pics and videos, a June release schedule seemed just about right.

But the June date was soon replaced with November, but then switched back to late summer — and then to January 2011. It’s now said to be shipping later this week since the FCC just gave it their approval.

A few things happened from January 2010 to now, though. The iPad launched in April, the Samsung Galaxy Tab hit in the fall, and RIM, Motorola, LG, Asus, and HP all announced their tablet plans. Suddenly, the Adam’s massive potential market was distracted with products from the big boys causing those still interested in the tablet to turn rabid and dedicated to the company even more so than Apple loyalists.

Now these are fans

Apple fanbois, grab your notepads. You’ve got some learning to do. The Adam-ites are out-doing you on fanboards and forums Internet-wide. You think you’re serious about your tech?

These people are nuts. Look at Notion Ink Adam blog comments. It’s like a common meeting place where they gather, pool ideas, and then go out into the World Wide Web to preach the good word of the Adam. This blog post will probably be littered with Adam trolls within minutes of its posting; our other Adam posts certainly are. (example 1, 2, 3, & 4) I’m actually fearful to do our official Adam review. If we deem the Adam anything less than the best thing since penicillin, the Adamites will burn down our houses and steal our iPads.

You cannot understand the Adam without looking into their fans. The Adam is nothing without them. Click over to the blog and read the comments. They love the Adam and want nothing more than for it — and its creators — to succeed.

Part of the reason the Adam is still just an Internet love child is that Notion Ink doesn’t seem to market or promote the device. The only communciation we’ve received has been directly from the CEO and not a PR flack. While that’s a bit refreshing for us, it doesn’t bode well for the product’s future — and the fans seem to be catching on.

The comments on Notion Ink’s CES blog posts have a common theme: Where’s the mainstream media coverage? No one picked up the Adam in their CES coverage even though tablets were the product of the show. It was just us, SlashGear, Engadget, and a couple of smaller blogs. Notion Ink seems to exist in a fantasy world of fanboys and blogs. 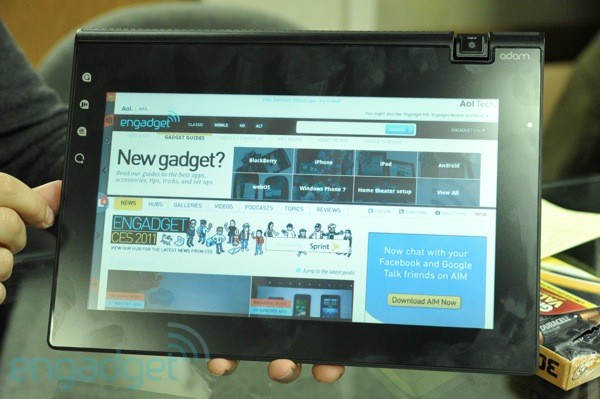 This is mainly because the company didn’t hold an event or have a booth at CES 2011. Instead they partnered up with screen-designer Pixel Qi, who refused us access to the tablet and instead told me to read Joanna Stern’s Engadget coverage of the device. We were able to only see it after emailing the CEO directly, who then meet us outside the convention center’s Starbucks for an impromptu meeting. Yes, CES is damn expensive for a start-up, but preaching to the choir only works for so long.

And that’s too bad, too. Spec-to-spec, the Adam can stand on its own against every tablet currently on the market.

The Adam got everyone’s attention last year with its specs, not the start-up company’s story. Tegra and Pixel Qi were buzzwords then. The Nvidia platform promised 1080p video playback while the fancy screen would allow for outside usage. Sounded great to everyone in the last days of 2009.

Those features are still part of the Adam’s appeal along with 3G wireless, dual-core Cortex A9 CPU on a Tegra T250, micro-SD card slot, 3.2MP swivel camera, FM radio, GPS, digital compass and most every I/O port available. The tablet is specced-out. Only the internal 8GB storage leaves something to be desired.

Plus, the Adam is priced competitively with base, non-Pixel Qi model starting out less than the iPad. For better or worse, the Adam carries the same price worldwide which simplifies things for the company, but leaves some consumers paying more (or less).

The Notion Ink Adam isn’t an iPad killer. It won’t outsell the Samsung Galaxy Tab. The Motorola Xoom will be the Android tablet of 2011. But that’s not to say the Adam won’t be loved by many. It seems like quality kit and we give Notion Ink all the props in the world for at least trying. They stuck in there and moved their product from concept to production. That’s awesome.

My only fear is that they are following their Indian counterpart, Tata Motors, down a road to obscurity. Just like with the Tata Nano, the first round of Adam pre-orders were quickly snatched up. But pre-orders are easy thanks to loyal fans. Keeping up the same pace two, three, ten months from now is not. Tata is now suffering after the initial hype died and only sold 509 cars in November.

Notion Ink thankfully doesn’t have to worry so much about the manufacturing as the car company as the Adam is built in an outsourced Chinese factory. The company has also been uniquely transparent throughout the Adam’s development process, which is something Tata simply couldn’t do. But the Adam has the same sort of Indian national savior hype surrounding it as the Nano and Notion Ink is seemingly living within the dream. Such excitement can result in rushed decisions and unrealistic expectations. The company’s past marketing blunders, including a pre-order launch day that was marred with sudden terms of service changes and shoddy website planning, all adds to the picture of a young and inexperienced company.

The Adam isn’t on the market yet. The first round of pre-orders were held up by the FCC, but shipping should start shortly now that the government suits approved it. Notion Ink also just announced a second set will be available to order in the coming days.

The isn’t an endorsement for the Adam. John and I only touched the device for a few quick minutes at CES and actually walked away a bit underwhelmed. The Pixel Qi screen is about as vibrant as LCD screens from the mid-’90s and the whole interface had a noticeable amount of lag. It’s rather heavy, and it’s still not clear if the tablet will be able to run Honeycomb. But maybe it’s something you need to use to truly appreciate, which is why we ordered a unit the first day it was available and are eager to try it out.

Even if the Adam fails in the marketplace, Notion Ink doesn’t seem like a company that will simply fade away. These boys seem to have staying power. Hopefully they paid attention to their past mistakes because ’round here, we’re all for smaller companies making their mark and Notion Ink will probably do just that.