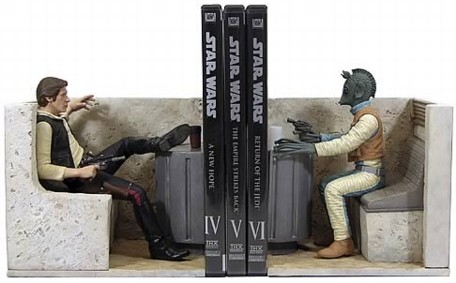 Where these came from, I don’t know. I’ve done a little searching and there don’t appear to be any Han/Greedo cantina bookends anywhere on the internet. It’s too bad, because they’re definitely the coolest Star Wars bookends I’ve seen… and brother, I’ve seen a lot of Star Wars bookends.

There are others: this one, simulating the tense trash compactor scene from A New Hope, is pretty fierce. I don’t like that it’s enclosing the prequels, though. 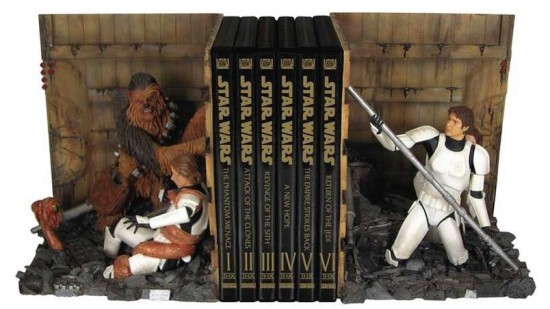 The Jabba’s Palace one is weak. I’m not even going to link to it. I’d rather use that $200 to have someone punch me in the face.