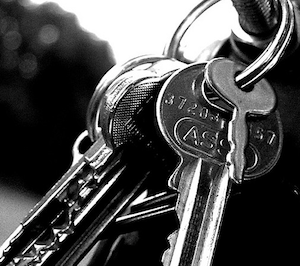 Earlier this week, Google wrote a very short post on their relatively small Chromium blog to announce a big change: they were dropping support for the H.264 codec in Chrome. While they may have tried to whisper it, the post resulted in a shitstorm that reached high into the heavens. It seems as if just about everyone weighed in on the decision (including us, twice).

As a result of the fallout, Google decided to follow-up on their three-paragraph post with a ten-paragraph one today more clearly outlining why they’re making the move. It certainly is more clear, and that’s perhaps what makes it even more frustrating.

As Google notes, this is all about the HTML <video> tag. The search giant cites an impasse in figuring out one codec to use for the future of HTML5-based web video. Safari and IE are backing H.264, but Mozilla and Opera refuse to, and had been backing Ogg Theora. So Google dreamed up WebM and got Mozilla and Opera to sign on board. Unfortunately, we’re still at an impasse, because it does not appear that Safari and IE will be doing the same any time soon.

And that’s really the heart of the problem here. Google does a much better job laying out their vision in this post, but it doesn’t change anything. The stark reality is that by pulling out of H.264, Google is ensuring that Flash, and not HTML5, will continue to be the de-facto video standard for years to come.

Why is that? Well let’s take part of Google’s argument:

Remember, Firefox and Opera have never supported H.264 due to its licensing requirements, they both support WebM and Ogg Theora. Therefore, unless publishers and developers using the HTML <video> tag don’t plan to support the large portion of the desktop and mobile web that use these browsers, they will have to support a format other than H.264 anyway.

But that can totally be turned around. Again, IE and Safari don’t support WebM. And IE and Safari are much, much bigger on the desktop and mobile web, respectively than the two browsers Google cites above. So Google is essentially siding with the little guys here instead of the big guys.

And that’s fine, but again, I’m just not clear why they think this move will change anything? It seems as if it’s yet another example of Google setting high goals, but being a bit too sure of their ability to pull it off. This mentality, of course, keeps back-firing. And I would bet it will here too once again.

The downside is that Flash will continue to reign supreme in web video. Google more or less lays out why in the post itself:

H.264 plays an important role in video and the vast majority of the H.264 videos on the web today are viewed in plug-ins such as Flash and Silverlight. These plug-ins are and will continue to be supported in Chrome. Our announcement was only related to the <video> tag, which is part of the emerging HTML platform. While the HTML video platform offers great promise, few sites use it today and therefore few users will be immediately impacted by this change.

I’m afraid we might have to change “immediately” with “ever” in that sentence.

Love it or hate it, Apple’s devices, and particularly their mobile devices, are way too popular to ignore. And if Apple isn’t going to support WebM, we’re either going to have a world were everyone is doing double the work (H.264 and WebM encoding, not to mention hardware support) or where they just do the H.264 support and let Flash be used to play those files on Google devices/Firefox/Opera.

I just don’t see how WebM could ever win this stand-off. And without Google, H.264 can’t either. And so HTML5 video goes nowhere. And we’re stuck with Flash.

Further, the underlying issue with all of this is the H.264 licensing agreements. But Google still has not given a clear answer as to how they know the WebM codec, which came as part of an acquisition, doesn’t infringe on existing patents as well. The closest they’ve come previously is to say they don’t believe it does. That’s not good enough. If WebM did get big enough, a thousand vultures would be out there to sue them. And we may have to find out the hard way.

Google’s argument that while the licensing fees of H.264 would likely be meaningless to their bottom-line, it may harm the next round of video startups, is a good one. But it’s not clear just how true that is. There are just too many unknowns at this point.

But all of that is really besides the point right now, because the larger issue is that by pulling H.264 support, Google is handing the keys of web video’s future right back to Flash. The only way around it that I can see is if they start requiring WebM use for YouTube. If they do that and pull down all the H.264 YouTube content they made in their initial agreement with Apple for the iPhone, Apple might have to yield and support WebM in mobile Safari. But it’s Apple, they’re stubborn, and they may not do it even then. Plus, that would be a fairly non-don’t be evil thing for Google to do.

More: So Much For Standards, Google Says WebM Plugins Coming Soon For Safari And IE9