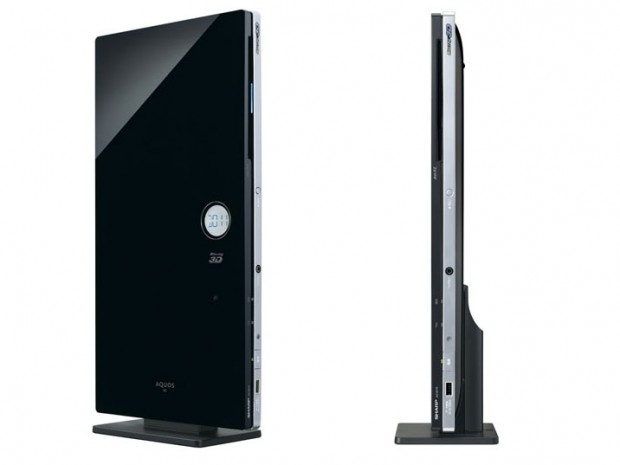 Japan is probably one of the markets with the highest penetration of 3D electronics currently. Tokyo-based research firm BCN [JP] today said that a whopping 56.8% of Blu-ray recorders shipped in the country last month were 3D-compatible, up from just 6.7% in September. Pictured above is the BD-AV70, a 3D-enabled Blu-ray recorder Sharp currently sells in Japan.

The company also found out that with an average price tag of $900, 3D-enabled recorders are 30% more expensive than their 2D counterparts.

Another 3D-related data point: 23% of all TVs sized at 40 inches or larger that were sold in Japan in December were 3D. In August, that number stood at below 3%, so the 3D market over here is obviously growing pretty quickly (even though 3D TVs still account for just 5% of all TVs sold in Japan).

Manufacturers also keep slashing prices. According to BCN, the average price for large-screen 3D TVs is $2,300 currently, which is $500 cheaper than a 40-inch BRAVIA 3D TV from Sony went for in August, for example.