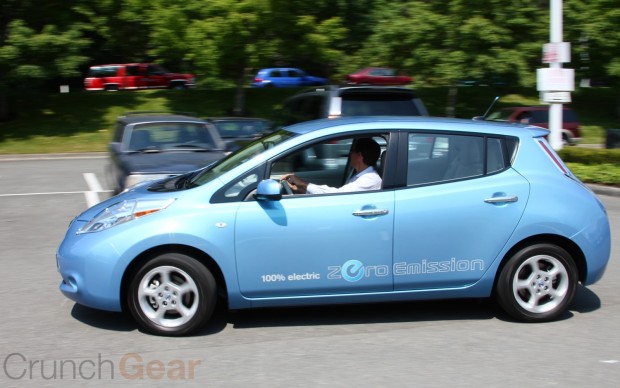 Being the first affordable all-electric car on the market, the Leaf was kind of guaranteed to be a big seller. But their way of going about selling the thing seems to have given their customers unrealistic expectations of when their cars would actually arrive. People have been given extremely vague promises of when their car will arrive (“4-7 months”?), and theories have arisen in the community to the effect that Nissan is attempting to manufacture scarcity.

Nissan is hitting back, or rather soothing back, and has issued some statements regarding the rollout intended to get their customers to put down the pitchforks. Nissan’s Senior Vice President of Sales Brian Carolin says:

We probably gave an expectation of availability which in hindsight was too early. Our engineers are incredibly crucial and they want to make sure that every [Leaf] coming out of the gate is absolutely right. The rate of climb has been probably a little slower than you’d expect.

They were just taking their time in Japan to make sure everything was perfect. We’re at the leading edge of technology and the engineers just wanted to make sure that the car was absolutely spot on.

Fair enough, but I feel that Nissan really didn’t manage expectations very well. We all know they needed to get the name and the reservations out there as early as possible so they could ship before cars like the Ford Focus Electric and Tesla Model S stole their thunder. They might have overdone it a bit.