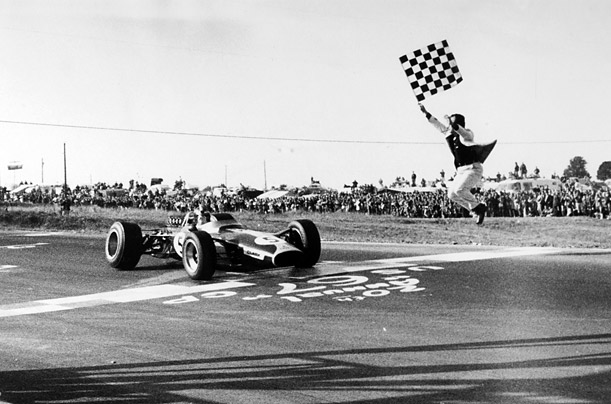 Good news: Formula One will be in HD this year. You’d have thought that such a fancy racing circuit would be broadcast in HD already—how many years has Nascar been in HD?—but no; we’ve had to wait. Long overdue, yes.

The entire world feed will be in HD starting this season, which begins this March in Australia. That means it’s up to your local F1 provider whether or not they want to carry the feed. The BBC has already said they’ll carry the HD feed in the UK, and Speed here in the US has also committed to carrying it. Sighs of relief all around.

This makes the second big tech announcement concerning F1 that’s been made in recent weeks, the other being that the FIA is looking to “greenify” the sport as much as possible with new, smaller engines with lower fuel consumption than the current models that will kick off in two years.

It’s tough to stress how grateful I am for the transition to HD. How many years has HD been mainstream? I know I had one in time for the 2006 World Cup, and I’m well certain I was several years behind the curve already. But it’s good to know that we can look forward to a year of Ferrari belly aching in HD.