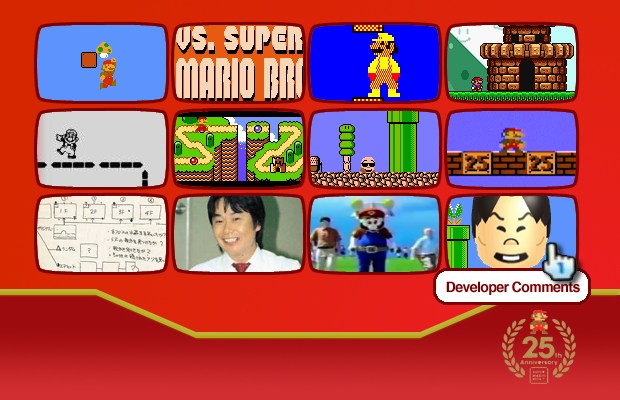 A few weeks back, we were talking about our favorite things, and John selected the new Wii re-release (wii-release?) of Super Mario All-Stars. A great game, to be sure, but I felt that it was rather neglectful of Nintendo not to make much more of a hullabaloo about it. But there was more to be said.

Luckily, I don’t have to say it, because this great little feature over at 1UP is exactly what I would have put down. Rare games! Developer commentary! Long-lost commercials! Why not, Nintendo? Mario deserves it!