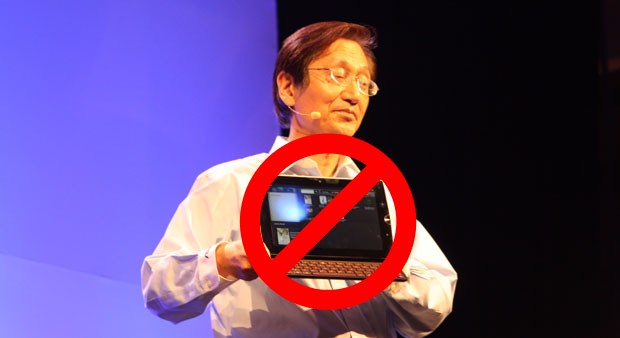 Remember when we went to Asus’s CES press conference, and they showed us several nice-looking tablets, all of which we were told would run Android 3.0? I sure remember, because I was there. As it turns out, that might have been — there’s no polite way of putting it — a straight-up lie.

It seems that Asus was a little overconfident, and did not know what specifications would be required to run Android 3.0, so they just said their tablets would have it without knowing whether that was true. That’s pretty shameful, guys. When the Inquirer asked Asus’s marketing specialist John Swatton about this, he said the announcement “was a mistake.” Actually, John, it’s not a mistake when you say something you know isn’t true. To thousands of people. Who then report it to millions. It’s called systematically spreading disinformation.

Not only that, but the tablets won’t be out until the third quarter of 2011. With the Xoom and almost certainly the iPad 2 coming out in 1Q, and then the rest of the tablet army hitting sometime in 2Q, I think we can safely write off Asus as a player in the 2011 Tablet Wars.