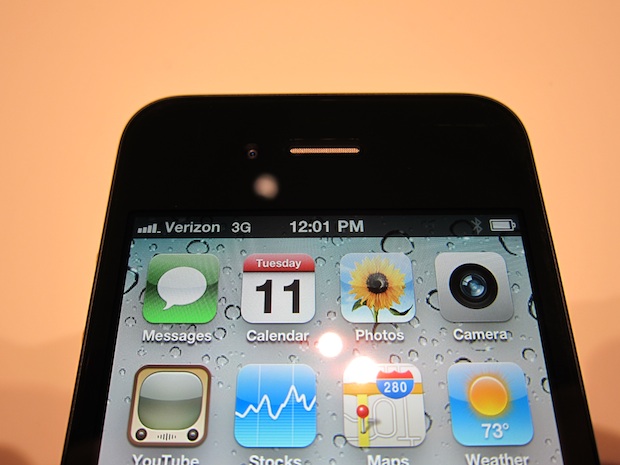 Well, I hopped on a last-minute flight across the country, got stuck in a snow storm, had my flight home cancelled, had to find a new hotel, and now I think I’m getting sick. But it was all worth it. Because I got what I came for: the Verizon iPhone .

Actually, I don’t have one just yet. Like all non-Verizon customers, I’ll have to wait until February 10 to get one (Verizon customers get access on February 3, which is a fairly classy move to reward loyalty). But I will have one soon enough. That’s been the question asked of me the most these past two days: will I get the Verizon iPhone?

John Biggs was more pragmatic in his initial thoughts following the Verizon press conference on whether you should upgrade or not. Certainly, for some current AT&T iPhone owners, it doesn’t make sense. But for me? I’ve been waiting for this day for over three years — how could I not switch?

When I bought the original iPhone the day it came out in 2007, I had only ever been a Verizon customer. I was happy with the network on my little and decidedly un-smart RAZR — even with Verizon’s piece of shit software on it and the crapware. I wasn’t planning on buying an iPhone. In fact, I thought it would be crazy to do so. The thought going through my head at the time was actually a bit like Steve Ballmer’s: $600 for a phone?!

But then I went to an Apple Store on day one to see what all the fuss was about. I picked one up. 30 seconds later I was buying it.

At first it wasn’t so bad. AT&T’s Edge network was pretty slow, but seemed to work fairly well. I also don’t recall a lot of dropped calls at the time. Then Apple dropped the price and the masses rushed in. Then came the iPhone 3G. AT&T’s network was crushed and the rest is history.

AT&T has been completely unable to fix their network in several major metropolitan cities these past three years. Sure, some of that isn’t entirely their fault (the permits needed for new towers, etc), but there are plenty of other things they could have done.

The SXSW festival is a great example. Two years ago, the AT&T service there was the worst I’ve ever encountered. It was actually completely unusable. No calls, no texts, no data. Last year, miraculously, with even more iPhone users there, it worked very well! How? AT&T spent the money to bring in a bunch of extra equipment for support and backup.

Why not do this in say, San Francisco? Or New York? The buildings are too tall. The land is uneven. Yadda, Yadda. A lot of excuses. Money has a tendency to solve problems — except when you don’t want to spend the money that needs to be spent. 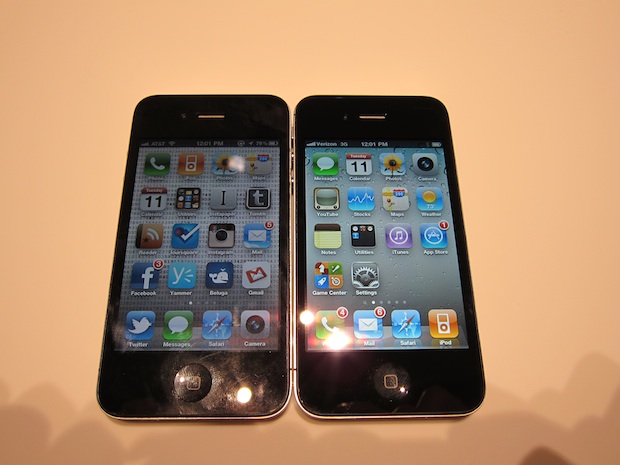 Further, AT&T knows when you drop a call just like Netflix knows when you can’t stream a movie. When that happens, Netflix automatically emails you to offer you money off of your bill for the inconvienience. It’s not a lot. But it counts. AT&T? Nada. Worse, if you try to call to complain, you’ll be on hold for an hour. Then the call will drop.

Or, if you do get through, they might suggest you buy their MicroCell. Their $150 MicroCell to make your $100+ a month service work. You have got to be kidding me. At the very least, that thing should be given for free to every AT&T customer who drops calls on a regular basis. After all, that device actually helps customers help AT&T by offloading usage to a broadband connection. And they want you to pay for that. What a joke.

Also a joke are the very mixed reports on if that rip-off box even works. And the fact that they refused to sell us one for the TechCrunch office even though we have absolutely no AT&T service anywhere inside our office.

Happen to go to CES this year? I hear AT&T was a bundle of joy there as well. Most accounts had Verizon having more actual devices on their network there, yet that network seemed fine according to those who were there. Weird.

I could go on and on, but this is really just kicking a dead carrier at this point. Dead to me, at least.

I hope AT&T can figure out their problems. I really do. The funny thing is that the biggest network breakthrough they’ve had in years may come thanks to Verizon: when they offload millions of customers to them. That should actually do real wonders for their network.

Back in September of last year, I wrote about my hesitation to get my hopes up for the iPhone on Verizon. The reason was spelled out in the title: The “Verizon iPhone” Versus “The iPhone On Verizon’s Network”.

I was worried that Verizon would use some of their newfound smartphone leverage with Android to try to force Apple to give into silly demands for a device on their network. Demands ranging from small (branding) to large (crapware). Thankfully, though I’m sure they tried, that’s not going to be the case. The iPhone on Verizon will look like an iPhone on AT&T, just with a different carrier name in the corner. There will be no pre-loaded VCAST apps or secondary bullshit app store. In other words, it won’t be a “Verizon iPhone”, it will be an “iPhone on Verizon’s network”. 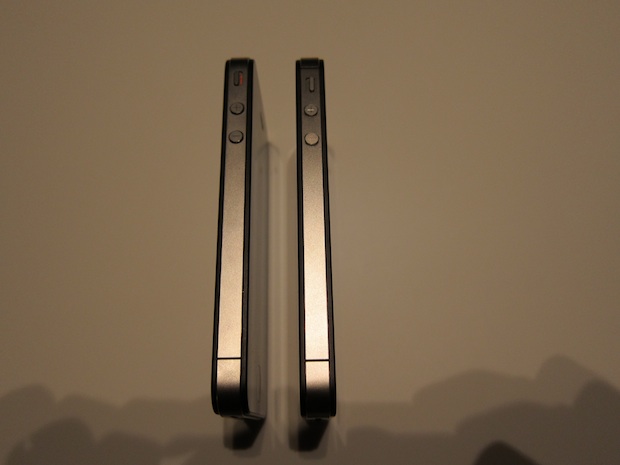 I don’t know how Apple pulled that off. There’s talk that the subsidy paid to Apple for each phone might be slightly less than it has been from AT&T. Or maybe Verizon was just really sick of customers asking when they’d get the device. Or maybe they just really wanted in on the iPad as well, and whatever else Apple dreams up in the future. But this:

“They don’t put a lot of logos on their phones. So that wasn’t a major issue for us,” Verizon President Lowell McAdams told Bloomberg BusinessWeek.

Is music to my ears. Can you imagine Verizon not branding any of the Android phones on their network? Or even just not loading it up with their crapware? And yet the iPhone is getting neither. Beautiful.

Will I miss not being able to talk and surf at the same time? No. Honestly, I never really do that anyway. I do recognize that’s a big issue for some people. But I have 93 million others backing me up: current Verizon customers, none of whom have that feature. And it may be coming anyway.

Both times, the charges were removed after a lengthy phone call and a week-long process. But why the hell did I have to do that at all? And when I tweeted about it both times, dozens said the exact same thing happened to them. Hell, it happened to people I was with on those trips too!

My point is that if I really need a phone overseas, I could buy one for cheaper than what AT&T will try to charge me to roam. I’ll bring my Verizon iPhone and use it on WiFi when it’s available. Or I’ll jailbreak an old phone I have and pop out the SIM. No biggie.

The actual biggest issue for me is the looming iPhone 5 . We all know it’s coming, the question is if it’s coming to Verizon as well as AT&T in June?  And if it does, do early-adopters catch a break and still get the ability to purchase the new version at a discounted price? Or are we screwed? Or does it go AT&T-only first?

I don’t know. No one outside of Apple, AT&T, and Verizon do yet. Hell, maybe only Apple does. That’s an issue, I’ll admit.

But there are options: if a new one does come, sell the few month old one online or to a friend and use the money to buy the new one and move your contract over. Or look at it this way: an unsubsidized iPhone at $600 is a mere 4-6 months of actual smartphone service that you’re already paying for. It’s not pretty, but it’s important to remember that the big money you’re spending isn’t on the phone itself, it’s on your contract, both with AT&T and Verizon.

The same is true of early termination fees.

But that’s just me trying to justify it for you. The truth is that I don’t need to justify it to myself. I’ll gladly buy the iPhone 4 on Verizon, and then if the iPhone 5 comes to Verizon in June, I’ll gladly buy that too. It’s worth it to me after years of headaches and thousands of dollars poured into the nightmare that is AT&T. It’s time to make a statement by taking away their right to send me a statement.

So yes, I am getting the Verizon iPhone. 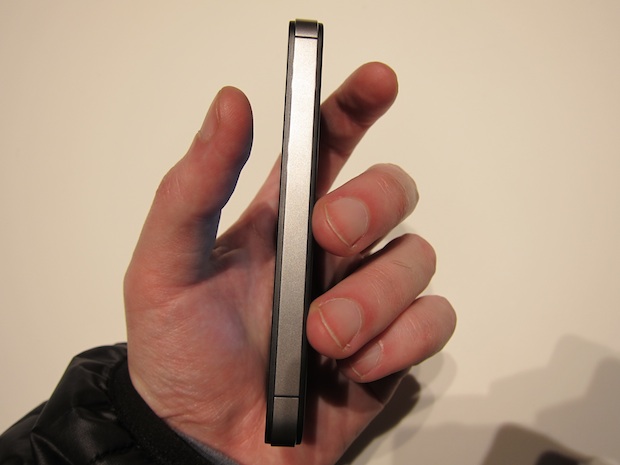