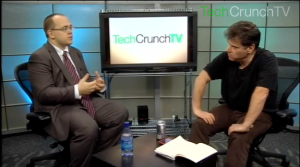 What should be the role of the Internet in US foreign policy? Should we be encouraging Twitter and Facebook to overthrow the governments in Iran, China and Russia? Is the Internet the United States’ best weapon against authoritarianism?

According to Stanford University visiting fellow Evgeny Morozov, the United States government is suffering from what he calls the “net delusion” of allowing the Internet to determine its foreign policy. In The Net Delusion: The Dark Side of Internet Freedom, Morozov argues that the Internet isn’t encouraging democracy overseas and thus the State Department is mistaken to promote what Hilary Clinton has called her “Internet Freedom Policy.”

So is Morozov correct to say that most bloggers aren’t dissidents and that the Internet isn’t helping global democracy? And if he is, indeed, right – then how should US foreign policy adapt to a digital age in which secret policemen are increasingly skilled in the use of social media tools to maintain the power of authoritarian regimes?

Morozov on the net delusion

Morozov on the US government’s mistaken Internet agenda

Morozov on the right foreign policy for the digital age