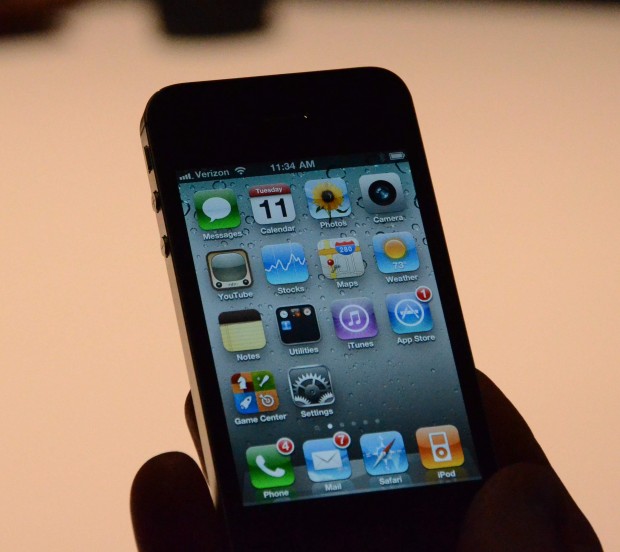 Meet the new boss, same as the old boss. Here it is: the Verizon iPhone . The only visible differences are the new Verizon logo in the corner and the hotspot feature. Everything else is exactly the same. We haven’t been able to make a call and surf yet – but it would obviously work (or not work) as we always expected – and they were getting full bars in the room here, which is better than the AT&T 3G I’m getting (between 3 to 4 bars).

UPDATE – Speed test run and video after the jump. 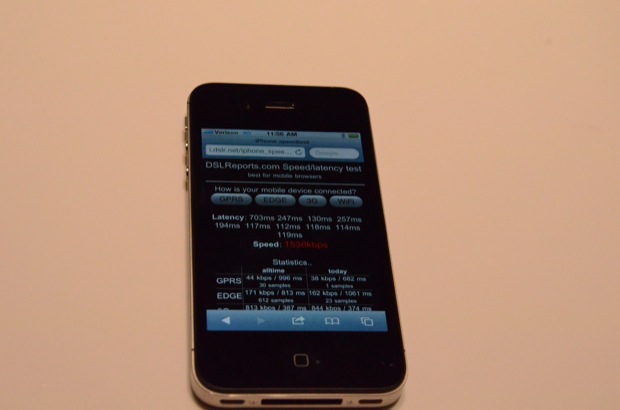 So I hit 1536 kbps in this room. Your results may vary. AT&T hit 107 kbps on the first try. Granted, this cell is probably iPhone saturated right now, but that’s a pretty nasty difference. A second try got 64kbps.

This is more a symbolic victory for iPhone fans than a real one. We’re basically looking at the same phone on a different carrier, which explains the muted atmosphere. Verizon and Apple basically are saying “You’ve been looking for it, clamoring for it, here it is. Enjoy it as it is right now and it can only get better.”

My question, then, readers, is this: are you buying one?