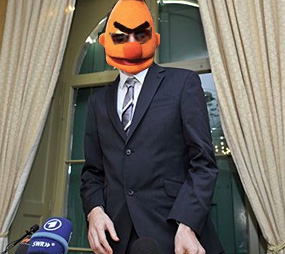 So, The Crunchies Finalists have been announced and  – thanks to votes from you, our valued readers – Wikileaks’ Julian Assange has been shortlisted for the “Founder of the Year” category.

Of course, as one of the co-hosts of the awards, it’s vital that I be seen as impartial and in no way inclined towards or against any particular nominee.

For example, it would be hugely inappropriate for me to suggest that nominating a creepy, egotistical, criminally negligent alleged rapist as “best founder” sends out an astonishingly messed-up message to other entrepreneurs. Equally, running around the TechCrunch office screaming “ARE YOU FUCKING KIDDING ME? JULIAN ASSANGE?” at the top of my lungs would likely give the appearance of bias against that oily little Australian tool. So I won’t do that.

Instead, I’d like to extend my commiserations to a few of the other equally deserving (and conveniently high profile) candidates who were cruelly overlooked during this year’s voting. People like…