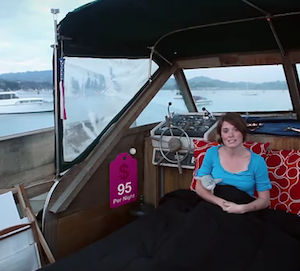 This past December, I used Airbnb for the first time. After two years worth of buzz reading about the startup on TechCrunch and other places, I was interested, but skeptical. Turns out, it is just as awesome as it sounds. You can get a room, in various places around the world, in great neighborhoods, for bargain prices. And apparently I wasn’t alone in using the service in 2010. They saw nearly 800 percent growth for the year, co-founder Brian Chesky tells us.

More specifically, they went from about 100,000 nights book in January, to just about 800,000 nights book by the end of the year. “Travelers came from over 160 countries, and booked places in 89 different countries. We expect to hit 1 million nights booked sometime this spring,” Chesky says.

To make sure that happens, Airbnb continues to expand their coverage around the world. Chesky lists Hawaii, Sydney, Tokyo, Lake Tahoe, and Austin as places that have gotten recent traction.

They’ve also created a slick new video to explain exactly what Airbnb is to those, who like me previously, might be skeptical. Chesky says it was filmed at 13 different actual Airbnb locations around the world. It’s nearly as nice-looking as their iPhone app.