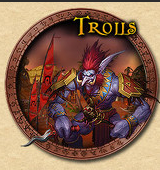 As you can see in the complaint embedded below, the patent-in-suit is U.S. patent no. 6,425,828, which was issued on July 30, 2002. The patent is entitled ‘DATABASE DRIVEN ONLINE DISTRIBUTED TOURNAMENT SYSTEM’.

According to the “invention company”, a whole slew of games from the aforementioned publishers, including Zynga’s Mafia Wars, Wolfenstein, the Call of Duty series and World Of Warcraft, among others, infringe on the patent.

Hence the image on top (it’s a WoW troll).

We’ll keep an eye on the case.