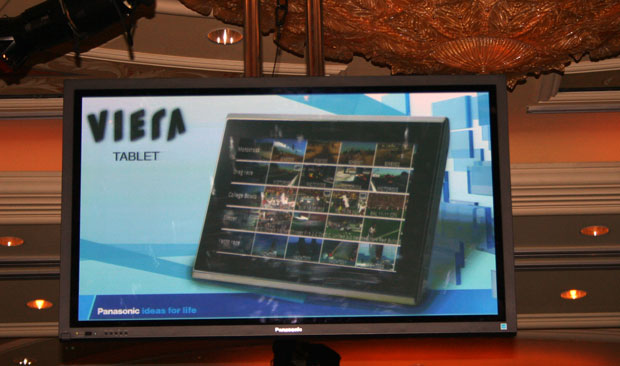 CES 2011 was set to be filled with tablets and Panasonic briefly showed off their first entry into the form factor. Viera Tablet, as it will be called, will connect to “cloud servers” but that’s about all we know at this point. The tablet will be officially announced in Panasonic’s home country of Japan “in a few hours” although it sounds like it will be at the Panny CES booth so we’ll grab some hands-on as soon as we can. The company expects to launch the slate to the global market later this year.